O’Neill at the double in derby victory 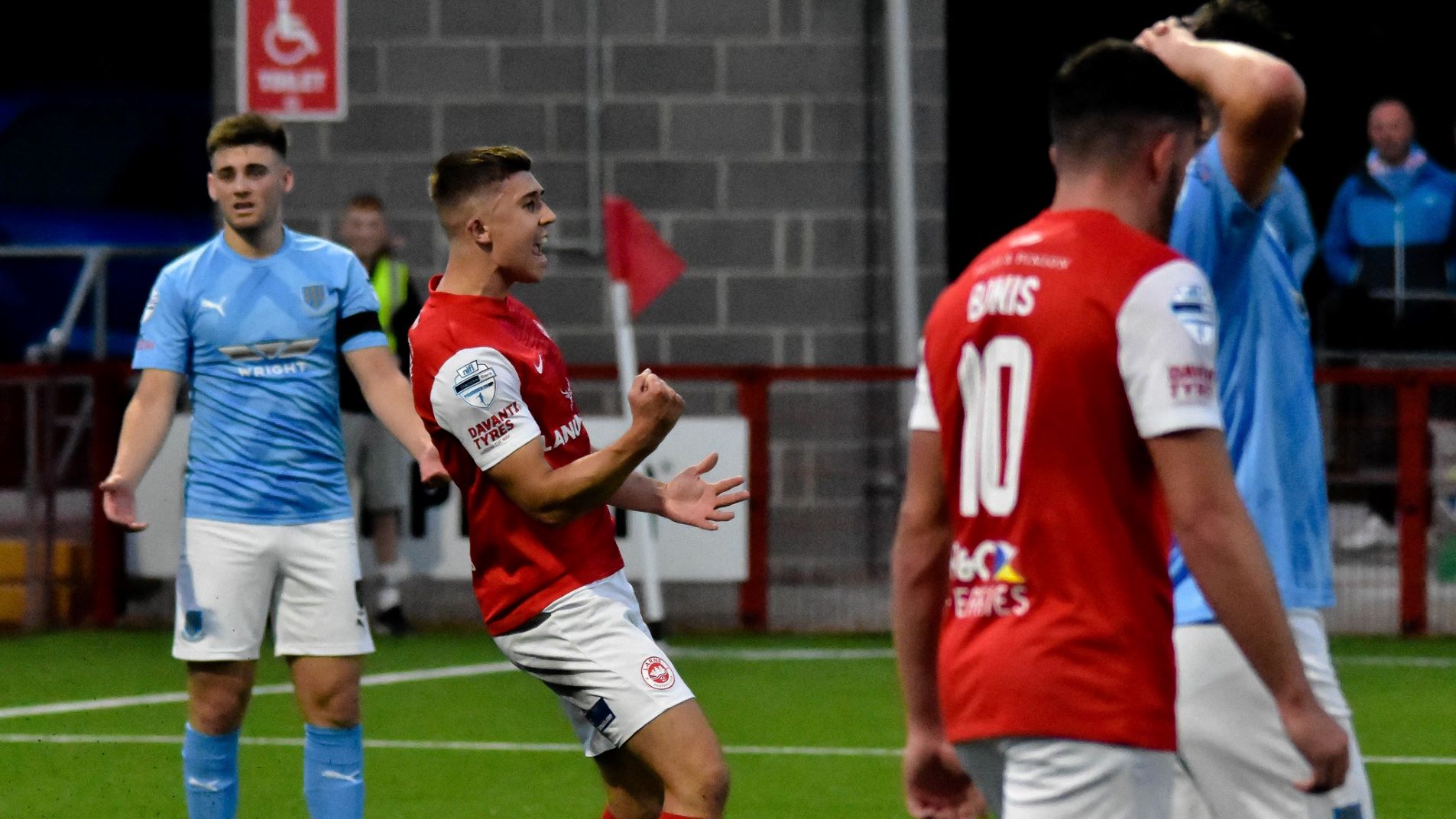 Albert Watson bagged a third goal on the stroke of 90 minutes to complete the win against a Ballymena side who had played a man light after having Steven McCullough sent off early in the second half.

The first opportunity arrived with a quarter of an hour when space opened up outside the box for Fuad Sule. He took up the invitation to shoot, but it was blocked before Tomas Cosgrove crossed from the right with Paul O’Neill heading too close to the goalkeeper.

Despite having to keep their shape and discipline in the first half of the first half, it was Ballymena who could taken the lead on 28 minutes.

A long ball over the top caught Larne out down their right, but goalkeeper Rohan Ferguson was off his line quickly to deny United skipper Josh Kelly.

The resulting clearance reached Kelly on the left and his cross found Davy McDaid 15 yards out, but after taking a touch he was denied by an impressive stop from Ferguson.

Larne then broke the deadlock on 42 minutes when patient play saw them move the ball to the left flank to find Ballymena old boy Millar and his low cross was cleverly dummied by Lee Bonis at the front post, leaving his strike partner O’Neill with the simply task of tapping home from six yards out.

The night took another turn for the worse three minutes into the second half, when they reduced to 10 men when McCullough was sent off for a rash challenge on Mark Randall.

Larne went in search of the goal which would kill the game as a contest and they almost had it with Millar on 73 minutes. Tomas Cosgrove’s cross from the right from Millar just beyond the back post, but he side-footed just wide of the post.

They didn’t have long to wait for the insurance goal, however, with O’Neill completing his brace with 12 minutes left.

The goal once again came down the left flank, this time Ben Doherty drilling in a low cross which found O’Neill close to the penalty spot and he took a touch to compose himself before rifling low past his stranded namesake.

Albert Watson then got his name on the scoresheet as he grabbed goal number three, being the first react from a cleared corner to sweep home from 15 yards.