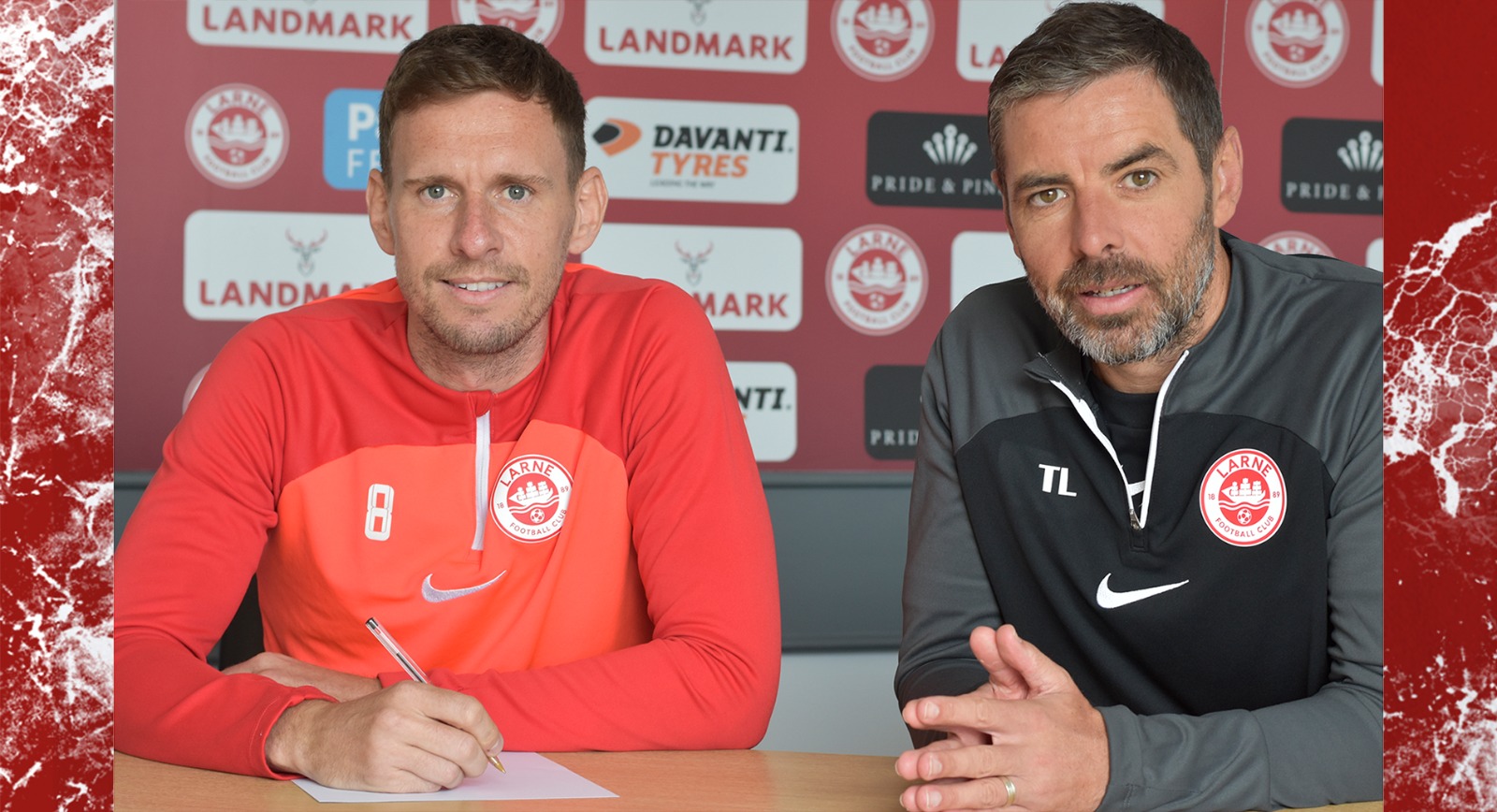 We are very pleased to announce Mark Randall has signed a contract extension at the club, keeping him at Inver Park until 2025.

The midfielder arrived at Larne in the summer of 2019, as the club were preparing to embark on their return to Premiership football.

Since then, the former Arsenal youngster has helped the club to two County Antrim Shield wins and back-to-back European qualification.

His late strike earned a memorable win at home to Pacos de Ferreira in August 2021 – the club’s most recent victory in the Europa Conference League to date.

Having began his career at the Emirates, Mark went on to have spells with MK Dons, Newport County and Chesterfield before arriving at the club, with his new contract taking him to six seasons at Inver Park.

Boss Tiernan Lynch said: “Mark was going into the last year of his contract, so we’re delighted that he has extended his stay at the club.

“His quality is there for all to see, and his ability to unlock a defence with a pass is something we’ve benefited from in the three years since he came to the club.

“We saw that last week against Glenavon with his assist for Paul O’Neill’s first goal for the club and, in the short time they’ve played together, Mark has complimented the players we’ve brought to the club this year.”