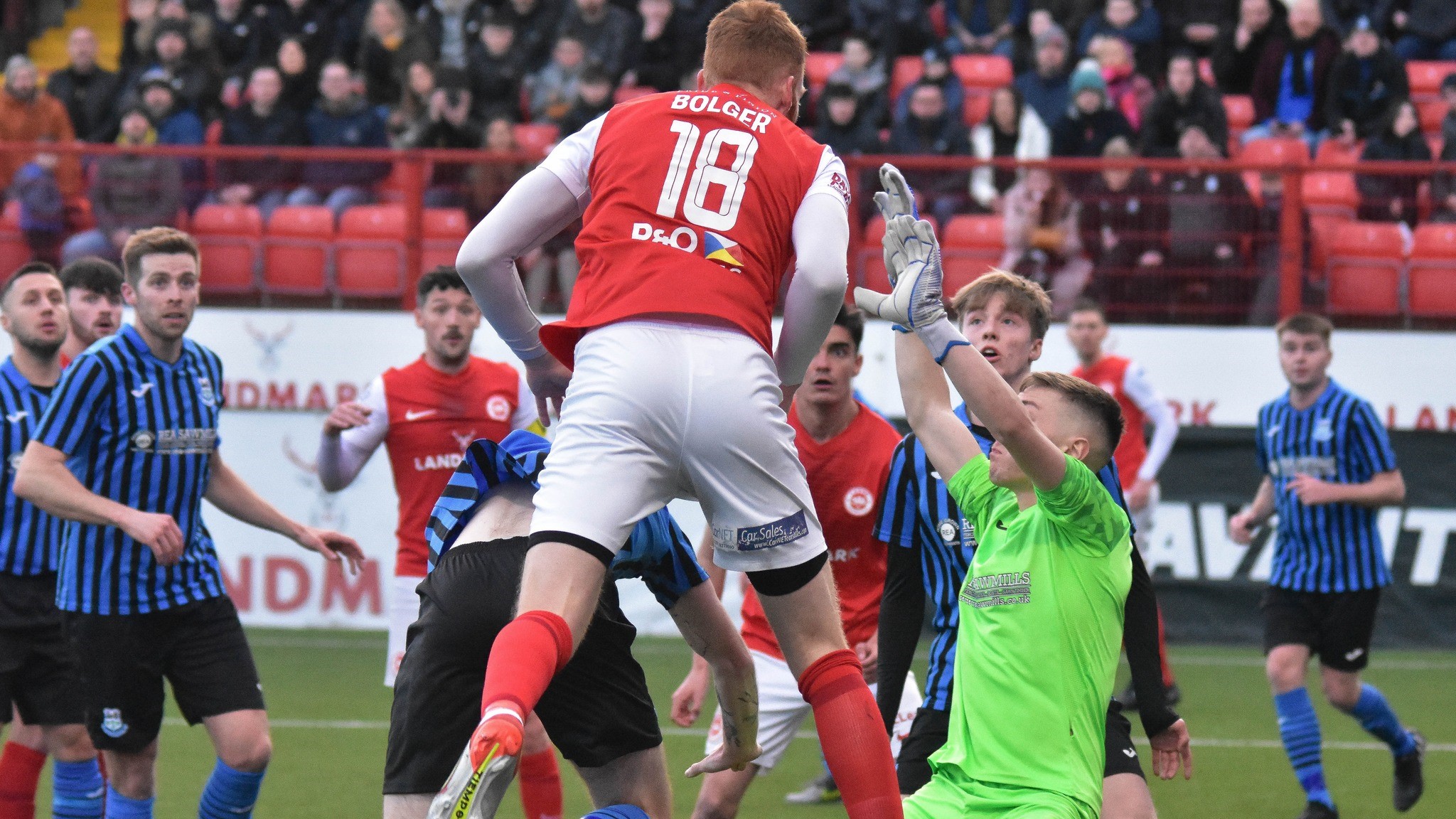 A first half penalty from Lee Bonis was added to in the second half by Leroy Millar and Shea Gordon to wrap up victory.

The draw for the last 16 then set-up a repeat of last year’s Sixth Round, at home to Linfield at the beginning of February.

The deadlock was broken with 36 minutes gone. Crumlin goalkeeper Michael McEnhill was adjudged to have fouled Bonis and the striker dusted himself down to send the ‘keeper the wrong way.

The lead was doubled five minutes into the second half with a fine individual goal from Leroy Millar. The powerful midfielder jinked his way past three challenges before arrowing a shot into the top left corner of substitute goalkeeper’s Marcin McDevitt’s goal, from just inside the box.

McDevitt proved harder to beat as the second half wore on however, producing a number of good saves the best of which came from a close range Millar header.

The home side could have extended their lead with 17 minutes when a Crumlin defender deflected a cross on to his own cross bar before debutant Banda was denied by a great point blank save from McDevitt.

The final goal came in the final minute with the best move of the match. Substitute Jeff Hughes chipped the ball into the box for Tomas Cosgrove to cross and Shea Gordon applied a cheeky backheel finish from five yards out.