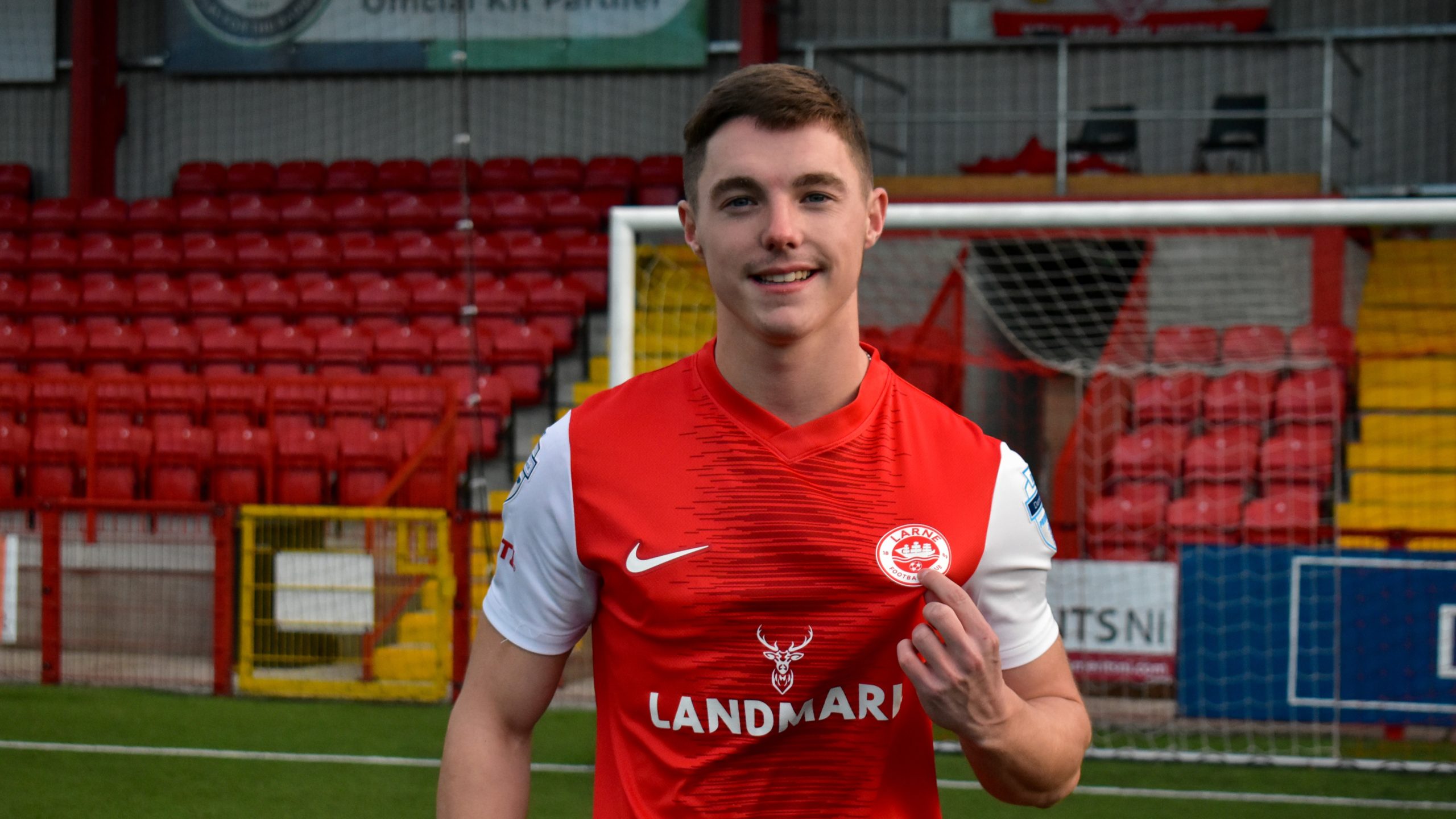 We are very pleased to announce the signing of attacker Thomas Maguire, subject to International Clearance.

Thomas began his footballing journey at Rotherham United, staying at the New York stadium until he was 18.

Once arriving back to Northern Ireland he put pen to paper for Cliftonville and subsequently enjoyed loan spells at Warrenpoint Town during his time in the Danske Bank Premiership.

Maguire is best known for his contribution in the 2019/20 County Antrim Shield final when he scored one and helped to set up another in stoppage time to help turn a 1-0 deficit into a 2-1 win for Cliftonville over Ballymena United.

In the summer of this year he travelled to the USA to begin a soccer scholarship as he studied for his masters, signing for the Nova Southeastern Sharks in Fort Lauderdale.

He has recently returned to the country and boss Tiernan Lynch was quick to snap up the 23-year-old right-sided player.

He said: “Thomas is known for being a quality young player, during his time in the Irish League.

“When we knew he was coming home we were keen to bring him and I’m delighted he has signed. We are looking forward to working with him.

“He gives us something different to what we’ve got and give us some extra depth in an attacking position.

“Thomas also has experience of a full-time football environment in the US, so hopefully that will allow him to hit the ground running.”

Thomas has been assigned the number 20 shirt.