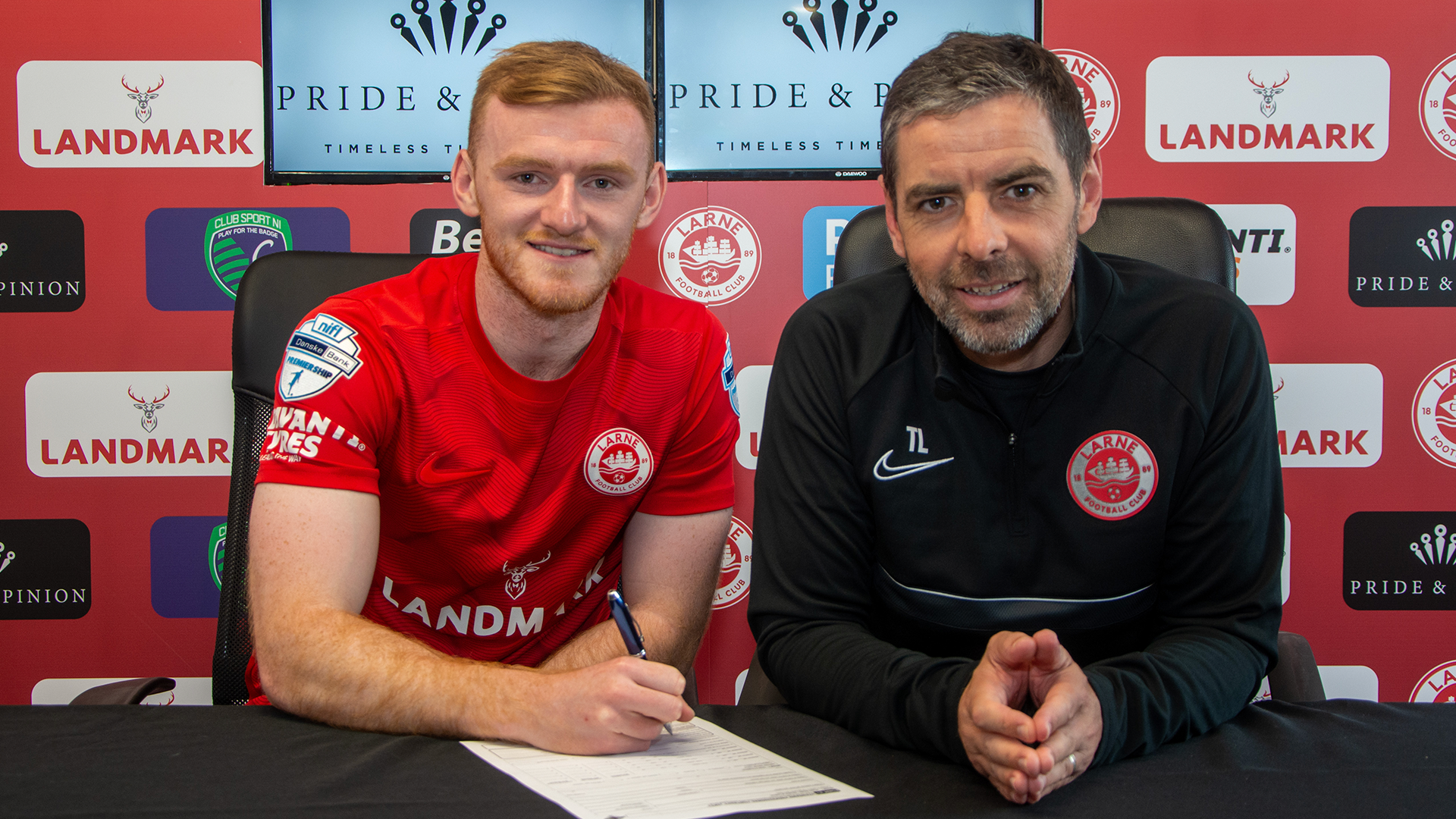 We are delighted to announce the signing of former Northern Ireland under-21 midfielder Shea Gordon.

The 24-year-old has put pen to paper at Inver Park, following his release from Partick Thistle at the end of last season.

After coming through the underage system at his hometown club Dungannon Swifts, Shea began life as a professional with Sheffield United in 2016.

A year later Gordon moved north of the border to join up with Stephen Craigan’s under-20’s at Motherwell, spending the next three years at the club.

During his time at Fir Park, Shea enjoyed a productive loan spell with Partick Thistle, before making the deal permanent in 2019.

The midfielder helped Thistle bounce back to the Championship at the first time of asking, as they won the League 1 title in the 2020/21 campaign.

He would go on to 62 appearances for the Firhill club, scoring 11 goals in the process, with the second half of last season seeing Shea go on loan to fellow Championship side Queen of the South.

The Derryloughan native has also represented Northern Ireland through the age groups, including eight appearances for the under-21’s and he can’t wait to get started.

“I’m delighted to have this move confirmed and I just can’t wait to get started,” he said.

“I’ve been talking to Tiernan for a few weeks now and was really impressed with the facilities Larne has both for training and matchdays – it’s top class.

“Being able to stay in a full-time environment was also a big pull for me and the bonus of European football is something I’m really looking forward to.”