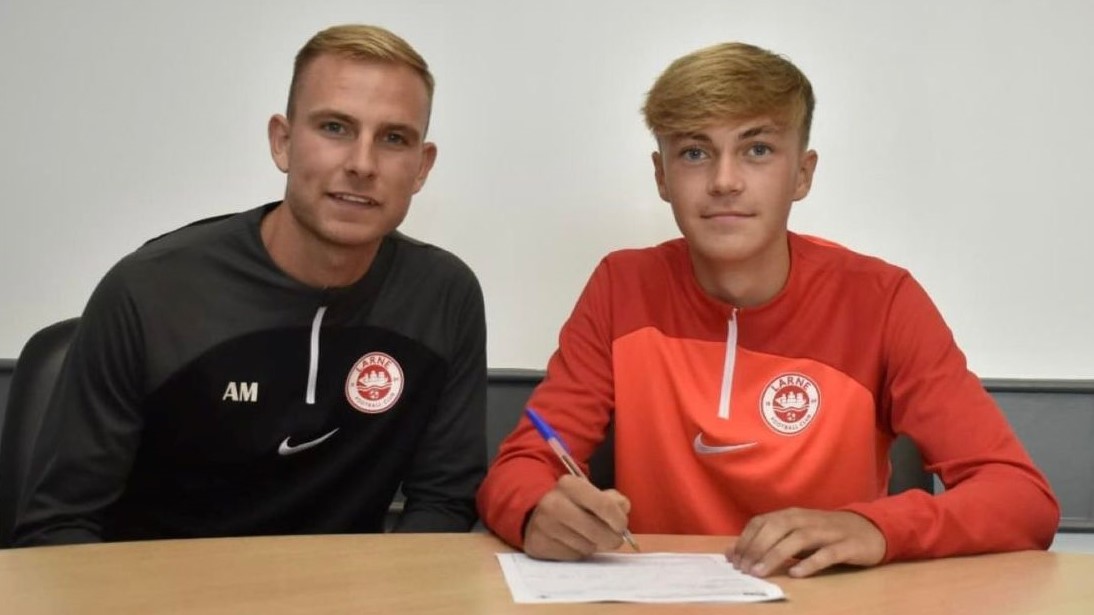 We are delighted to announce Sean Brown has become the latest Scholar to sign a professional contract at the club.

Sean, 17, made his debut for Tiernan Lynch’s senior squad in last Tuesday’s County Antrim Shield tie at home to Knockbreda.

In fact, the right-sided player (pictured above with Academy coach Andy Mitchell) made such an impression that he was announced as the Player of the Match as he helped the Invermen to a 2-0 victory.

Sean has also enjoyed international recognition during his time at the club.

He has been called up to the Northern Ireland under-17 squad and was also part of the under-18’s who took on Manchester United at this summer’s NI Super Cup.

Tiernan Lynch praised Brown, after signing his new contract, following in the footsteps of the likes of Matty Lusty, Max Greer and Dylan Sloan.

“Sean’s contract is further evidence of our commitment to investing in youth,” he said.

“Fans will have seen Sean’s potential in the game last week.

“As a coaching staff we obviously have to judge it on more than one game and what we’ve seen in training and behind the scenes is very encouraging.

“Sean has great ability and a great attitude to go with it.

“We’re looking to forward to continuing to work him and helping to do what is best for his development going forward.”