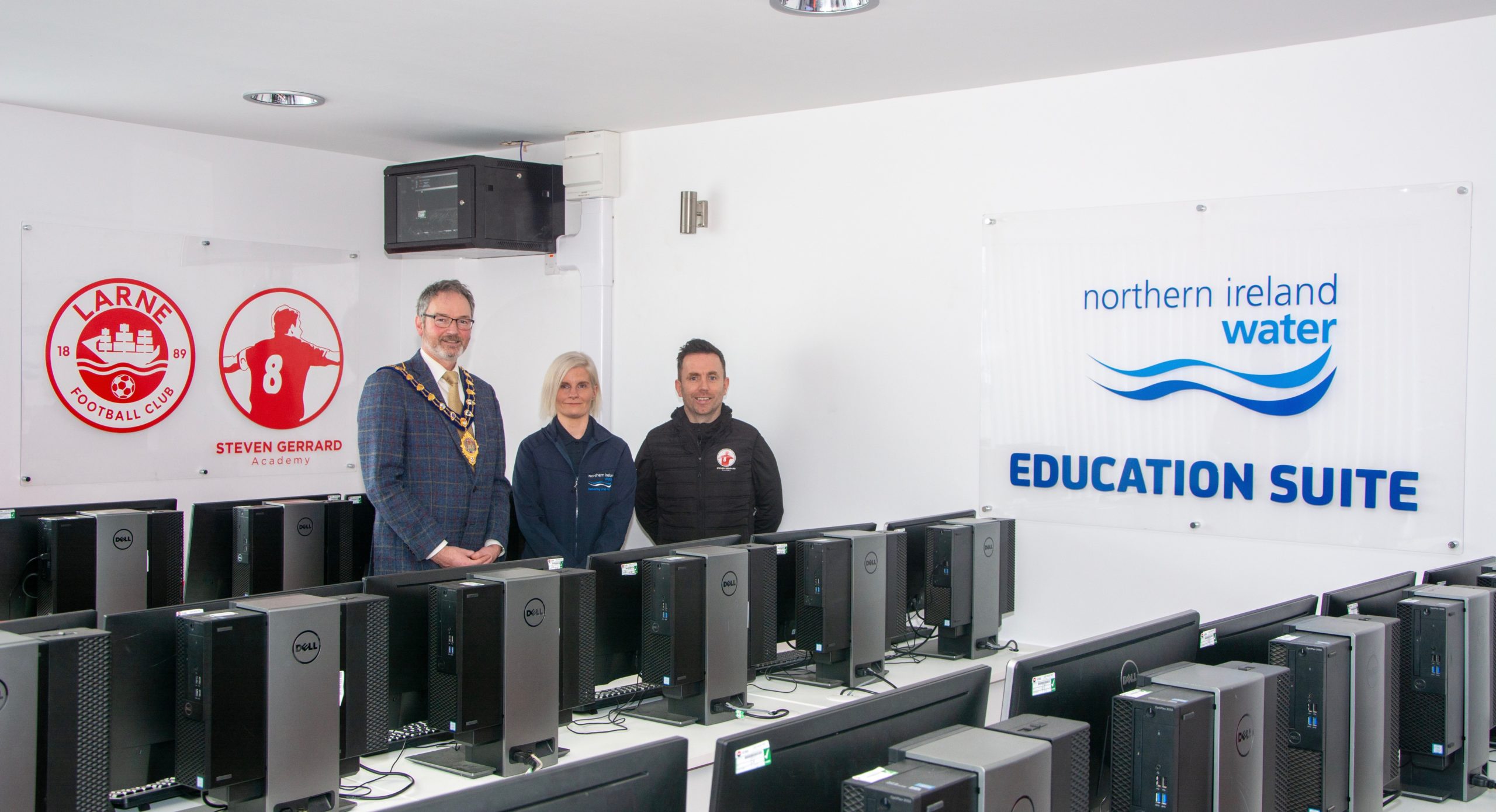 Larne Football Club and Brighter Futures are delighted to announce a new partnership with Northern Ireland Water, who have kindly donated 24 desktop devices to help create a new Education Suite.

The generous donation is for the use of the Larne Community and the club’s own Scholarship Programme as part of the wider ‘Laptops for Larne’ initiative.

The significant contribution from Northern Ireland Water, which has resulted in the creation of an IT Suite at The Cliff in Larne, has allowed for our students to relocate to a more improved learning environment, which can also be accessed by the local community via Brighter Futures and Larne Football Club.

Speaking regarding the partnership, Strategic Advisor Sandara Kelso-Robb said: “We are extremely thankful to Northern Ireland Water for their contribution of 24 desktop devices, which has made a massive change to the way the club’s Scholarship Programme can function on a daily basis alongside providing a learning hub to benefit the entire community.

“Since the instalment of the desktops, we have been able to move students to The Cliff permanently, which is a vastly improved learning environment and we are already seeing the benefits of this in their work.

“Alongside the Scholarship Programme, we have been able to begin to plan a number of community projects such as ‘LEARN FC’, which involves young people in Year 8-12 coming to The Cliff for study workshops on a weekly basis to further their education outside of school hours – something which just wouldn’t have been possible without the contribution from Northern Ireland Water.

“I would also like to thank Ross Lazaroo-Hood and those at the RUSA Foundation for their continued support throughout the ongoing ‘Laptops for Larne’ project.”

Pat McCauley, speaking on behalf of Northern Ireland Water said: “NI Water are delighted to support and enhance the skills of Larne FC Youth Academy players and the wider Larne community by suppling 24 desktop computers that will assist them in their academic studies.”

For more information on the use of the IT suite at The Cliff, please contact info@larnefc.com.