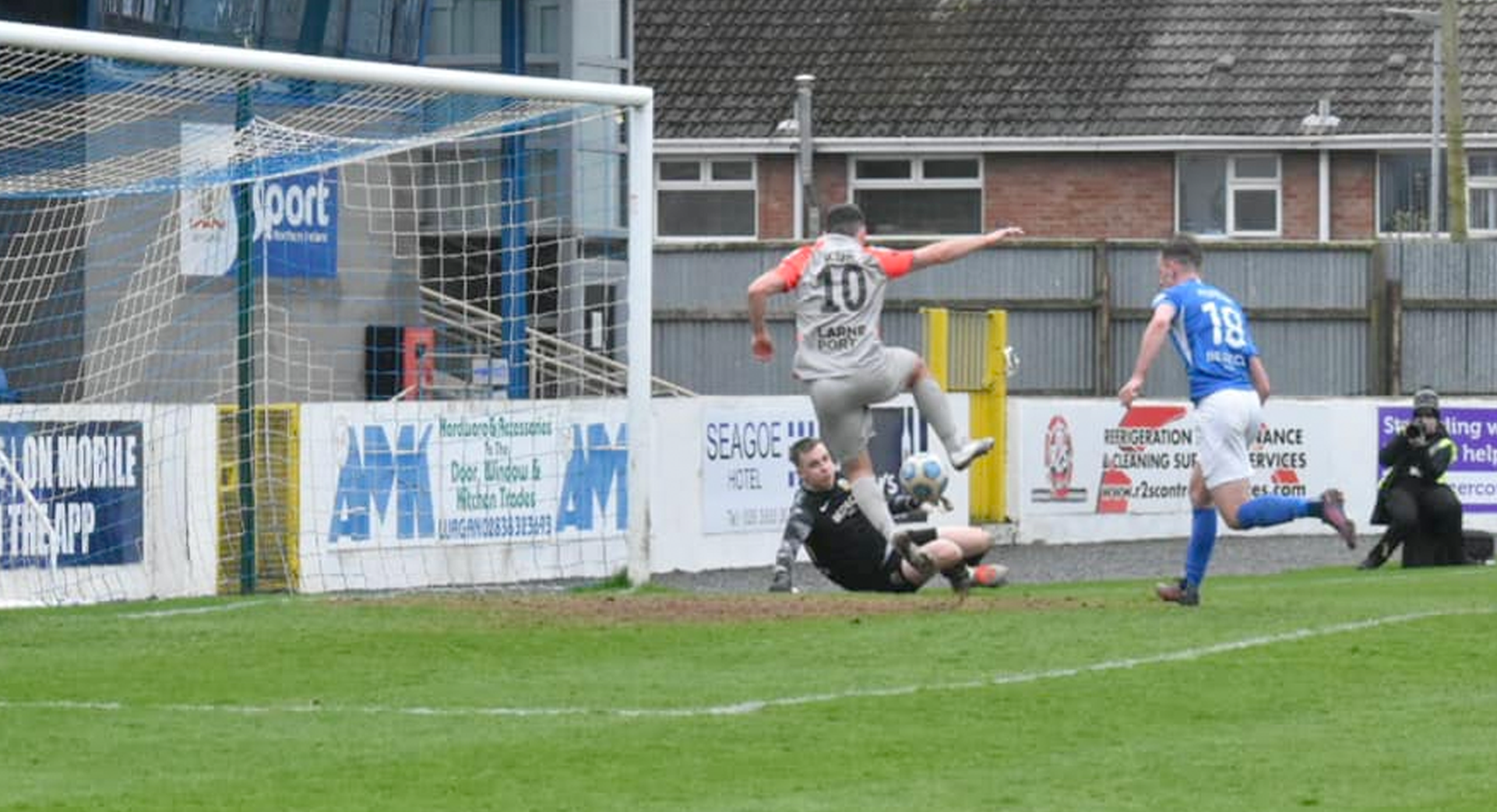 It’s the European Playoffs Semi-Final as we take on Glenavon at Inver Park, with kick-off at 7.30pm.

We will be operating under a reduced capacity as per current restrictions and as such, tickets so far have been limited to season ticket holders only.

All three sections of the ground will be open to home spectators, with no away fans in attendance due to current capacity restrictions. We ask all supporters attending Inver Park to arrive in good time and to follow the instructions of stewards as we continue to manage Covid-19 restrictions under a reduced capacity.

We will be providing the live stream for tonight’s game which can be purchased for just £7.50 via the following link: www.larnefc.com/watchlive

Joel Neill will be on commentary duties for the match, and he will be joined on co-commentary by Larne legend John McKinstry.

1889 Sports and Social Club will be open from 5pm to get you in the mood ahead of the game! Matchday offers will be running as always with 4 bottles of selected beer and cider for just £10 or a pie and a pint for £6!

The Tuk Tuk’s will also be serving drinks in the fan zone area whilst supporters can order drinks straight from their phone and collect them quicker through the use of the B Express app!

Another 36-page edition of our Matchday Programme will be available for just £3 upon entry to Inver Park on Tuesday evening. In this edition, you can find in the kitbag with John Herron, an interview with Andrew Mitchell, a Lee Lynch poster and much, much more.

Glenavon comes into this game after finishing their Danske Bank Premiership campaign with a 1-1 draw at home to Dungannon. Glenavon has been in good form in recent times, winning three of their last four league games, scoring 15 goals in the process.

The Invermen finished their Danske Bank Premiership at home to Coleraine on Saturday, losing 2-1 to the bannsiders. Tiernan Lynch went with youth in the game, handing senior debuts to five academy prospects. Conor Devlin will remain on the sidelines for Tuesday night’s game while Graham Kelly could also miss out after picking up a knock at the weekend.

It was an entertaining game at Mourneview Park between the two sides last time out, ending in a 2-2 draw. Martin Donnelly gave Larne the lead early with Glenavon equalising shortly after. David McDaid struck just before the break to put the Invermen ahead before Glenavon pulled it back in the second half with a penalty. Both teams pushed for the winner in the second half but the game eventually finished level.