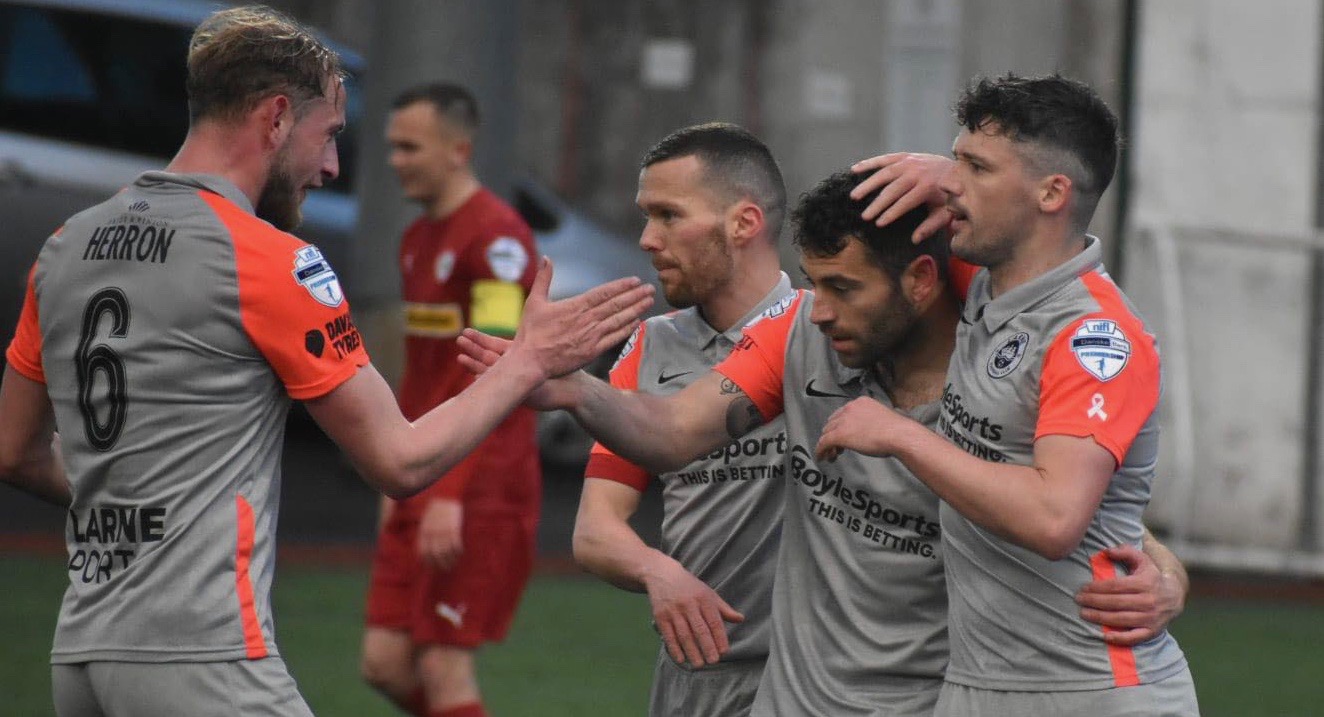 It’s the Uefa Conference League play-off  final as we take on Paddy McLaughlin’s Cliftonville at Inver Park, with kick-off at 5.30pm on Saturday evening.

We will be operating under a reduced capacity as per current restrictions and as such, tickets have no SOLD OUT!

All three sections of the ground will be open to home spectators, with no away fans in attendance due to current capacity restrictions. We ask all supporters attending Inver Park to arrive in good time and to follow the instructions of stewards as we continue to manage Covid-19 restrictions under a reduced capacity.

BBC Sport NI will be providing live coverage of the game for those supporters who are unable to watch the game in the stands. Supporters can watch live via the BBC Sport NI website or alternatively, BBC iPlayer, coverage beginning just before the 5.30pm kick-off.

1889 Sports and Social Club will be open from 12pm to enable you to soak up the atmosphere ahead of the game! Matchday offers will be running as always with 4 bottles of selected beer and cider for just £10, a bottle of prosecco for £15, Tanqueray and Tonic for £5 and Peach Schnapps and Lemonade for just £3!

There will also be a raffle for a bottle of Moet Champagne, and you can buy a ticket for £2 or a strip for £5!

The Tuk Tuk’s will be serving drinks in the fan zone area whilst supporters can order drinks straight from their phone and collect them quicker through the use of the B Express app!

Another 36-page edition of our Matchday Programme will be available for just £3 upon entry to Inver Park on Tuesday evening. In this edition, you can find in the kitbag with Josh Robinson, an interview with Marty Donnelly, a John Herron poster and much, much more.

Cliftonville arrive at the final after defeating North Belfast rivals Crusaders on penalties in Tuesday’s play-off semi-final. After an evenly-matched game, which produced nine yellow cards after 120 minutes, the North Belfast Reds defeated their rivals 5-4 in the shoot-out. Before Tuesday’s victory, Paddy McLaughlin’s side had only managed one win in their last six games and will be hoping Tuesday’s late drama will give the team a boost in confidence ahead of the final.

The Invermen will be looking to play European Football for the first ever time with a win on Saturday. Tuesday night saw the Invermen win in spectacular fashion after a piece of magic from Marty Donnelly in the 93rd minute secured a place in the play-off final. Conor Devlin will once again miss out due to injury whilst Graham Kelly remains a concern.

Tiernan Lynch’s men came out on top the last time these two sides met back at the start of May. Davy McDaid put the Invermen in front just before half-time with a well-taken penalty before Cliftonville equalised through Barry Coffey’s free-kick in the 54th minute. Parity would not last long however, as Larne were awarded another penalty two minutes later which was once again finished off by McDaid.