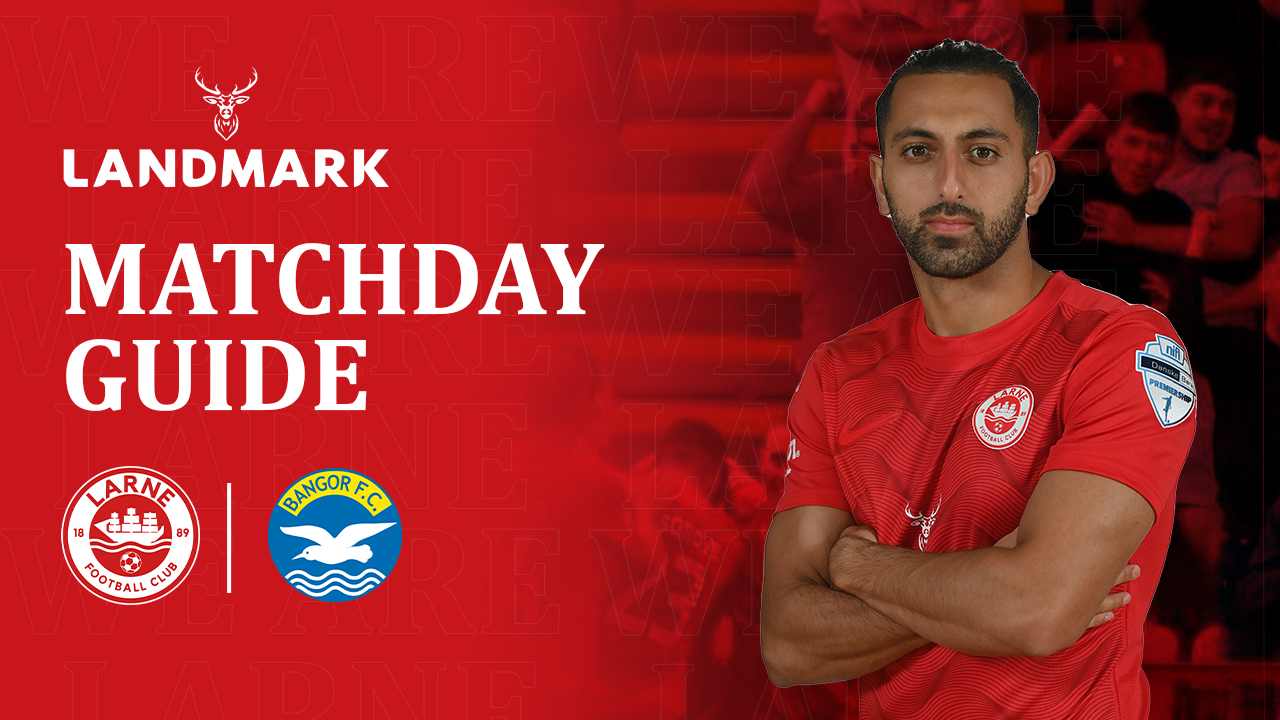 The Samuel Gelston Irish Cup kicks off on Saturday, as Larne make the trip to Clandeboye Park to take on Bangor. Kick-off is at 3pm.

Tickets are NOT required for this game, with all away fans able to pay at the turnstiles. Entry is priced at £10 for adults and £5 for concessions.

Enjoy special Matchday offers at 1889 from 12noon on Saturday. After the match, Keith Harris will be performing from 6pm to see off the night.

Lee Feeney’s Bangor are currently in third place in the Lough 41 Premier Intermediate League. The Seasiders have been without a game since mid-December because of postponements. Their sole Irish Cup triumph came after a famous trilogy of finals against North Down rivals Ards, in 1993. On Saturday, their forward line is likely to be led by previous Cup winner, in the form of veteran striker Michael Halliday.

Larne come into the Cup game boosted by two Danske Bank Premiership victories over the Christmas period, with wins away to Carrick Rangers and Glentoran. Tiernan Lynch’s men made it to last year’s Irish Cup final, losing 2-1 to Linfield at Mourneview Park.