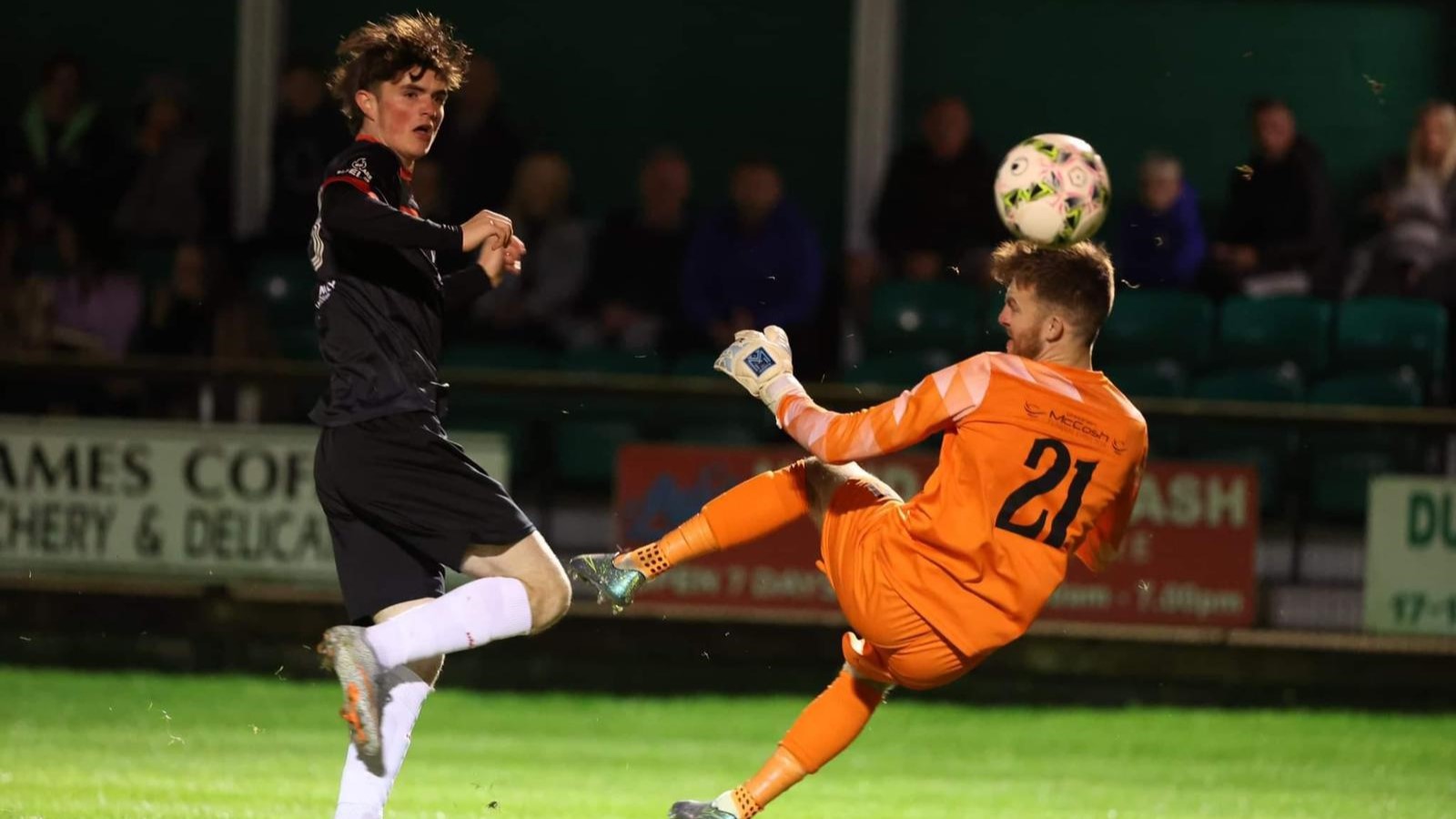 With matches coming thick and fast in all divisions in Northern Ireland, we look at how our players out on loan have been getting on at their respective clubs.

Since the last update, Andrew Mitchell has gone on to play 90 minutes in all six of Carrick Rangers games in all competitions. The midfielder has been in great form for the Amber Army, scoring three times in his last four appearances, including a stunning long-range strike in a memorable win for Carrick over Linfield in the Danske Bank Premiership. Mitchell’s great performances in the middle of midfield have helped to ensure Carrick’s progression in both the Co. Antrim Shield and the Bet McLean League Cup, defeating H&W Welders and Banbridge Town respectively – a game where the midfielder scored another eye-catching goal. The Amber Army currently sit 7th in the Danske Bank Premiership after playing five games.

In recent weeks, Curran has made his impact known from the bench, as his strike forced the Co. Antrim Shield clash against Dundela (pictured above) to go to penalties as the Comrades suffered a 5-4 defeat in the shootout. Curran also found the back of the net in the Bet McLean League Cup tie against Ballinamallard United, as Ballyclare fought from 2-0 down to force extra-time. Curran, who was introduced towards the end of normal time, fired Ballyclare in front for the first time with a strike into the bottom corner in the first period of extra-time before former Larne player Liam Hassin sealed the victory on the 120th minute.

Harry Adair has been a mainstay in the Comrades midfield since the start of the season. Only being rested once, for their Co. Antrim Shield clash against Dundela, he has started every other game and has been putting in some impressive displays in the centre of the park.

Since the first round of the Irish Cup, D’Sena has gone on to start in four out of their last five games, missing out through injury in one and on the bench for the other. The Seasiders have been in excellent form, with a perfect record in the league so far and they came close to causing a huge upset in the Co. Antrim Shield, taking Cliftonville to penalties after a 0-0 draw in normal time. D’Sena has proved to be a mainstay at the back for Bangor, providing a crucial part of their defence that has kept three clean sheets from three games in the NIFL Premier Intermediate so far.

Having only moved on loan to Lisburn Distillery recently, Odhran McCart made his debut for the club in their NIFL Premier Intermediate game against Queens University, coming off the bench on the 51st minute as the Whites were defeated 2-1. The defeat sees Lisburn sit 10th in the table with just one point after three games played. In their most recent game, Odhran was cup-tied for the Bet McLean League Cup defeat to Larne, his parent club.

After a successful loan spell last season where he played a crucial role in Knockbreda’s Championship survival, Max Greer has returned to the club on another loan for the rest of the season. The attacking right-back made his first competitive appearance of the season against Ballyclare Comrades, coming off the bench on the 69th minute in a 3-2 defeat. Greer started the next match as Knockbreda took on Loughgall in the Bet McLean League Cup. It wasn’t to be ‘Breda’s night as they suffered a 5-0 defeat which saw them eliminated from the competition.