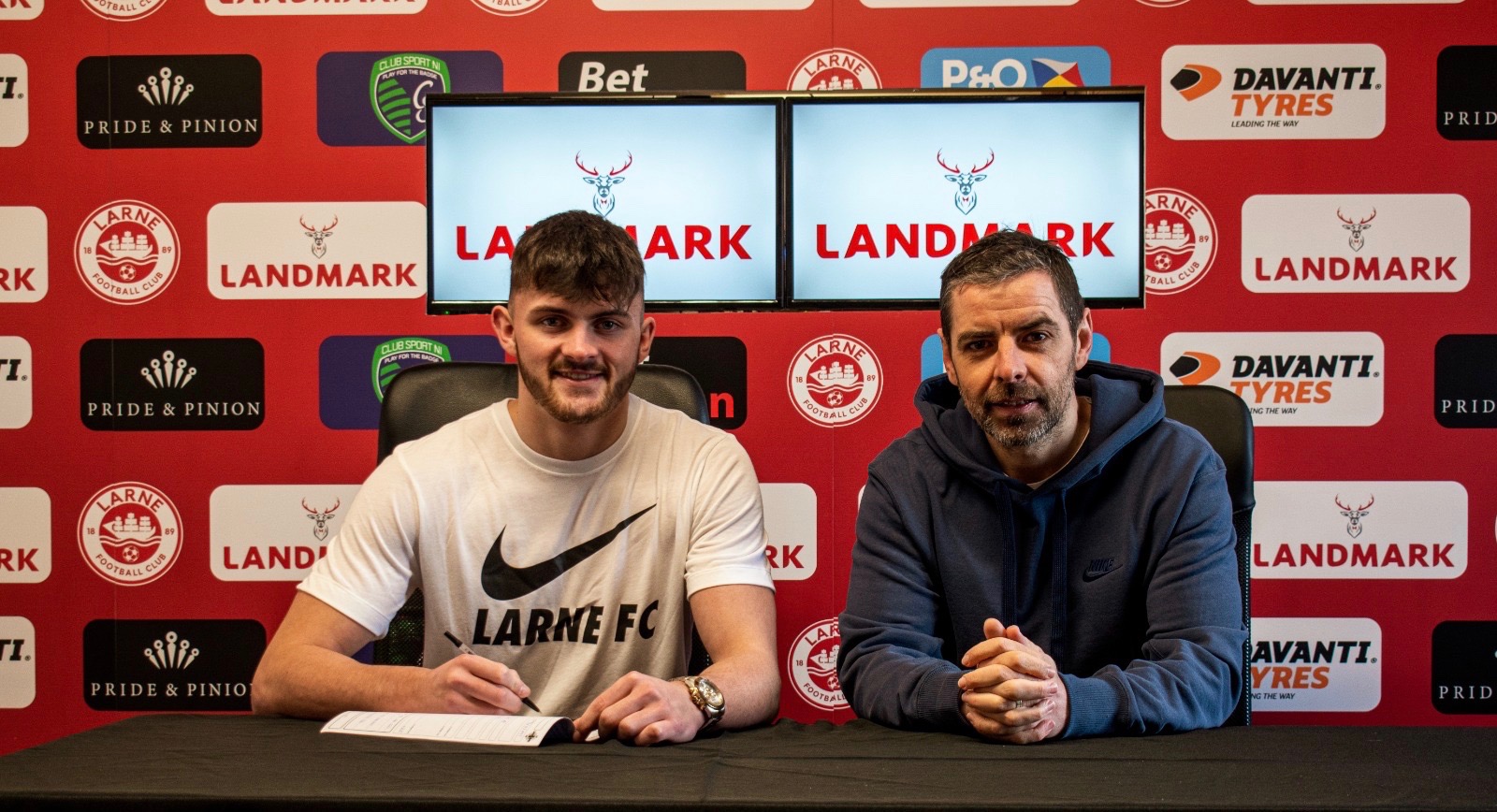 We are delighted to announce the signing of striker Lee Bonis on a long-term contract at Inver Park.

The much sought after 22-year-old has put pen to paper at the club, completing his transfer from Portadown for an undisclosed fee.

Bonis made 87 appearances in total for Portadown, scoring 38 times during his two and half years under Mathew Tipton, leading to him being handed the captain’s armband  at Shamrock Park.

He helped the club to promotion in his first season at the club, scoring on his debut in a 5-0 win over Knockbreda in August 2019.

Larne boss Tiernan Lynch was delighted to add to his attacking options with Lee’s arrival.

He said: “The big thing with Lee is we see real longevity in his potential.

“He’s a young lad who, at 22 years of age, has already got good experience under his belt and he will be coming into a full-time environment which we feel can only benefit him further.

“He will be working on his football everyday and there is all the stuff off the pitch, like his diet, nutrition and conditioning which can help progress.

“Lee brings us something totally different to what we already have at the club. We are extremely blessed to have the likes of Ronan Hale and Davy McDaid already here.

“So this isn’t about replacing the quality we already have, it’s about giving us a different dimension and with Lee’s physical presence and all around game that is what we are getting.

“It’s all about Lee coming in, settling into the group and adding to what we have at Inver Park and I’m delighted to have him on board.”

As part of the move, 18-year-old striker Matty Lusty – who is contracted until the end of the 2022/23 season – will spend the remainder of this campaign on loan at Shamrock Park.

Lynch feels this is something which will benefit all parties involved.

“Matty has been superb for us over the last year and a half and he’s at stage of his development where he needs more taste of senior football.

“He knows exactly how highly we think of this and hopefully this short loan spell will be a big benefit for him and Portadown as well.

“We’re already looking forward to having him back and involved with us from this summer.”

Lee Bonis will wear the number 22 shirt at Inver Park and we will have the first, exclusive interview with our new addition on the club’s social media later this evening.