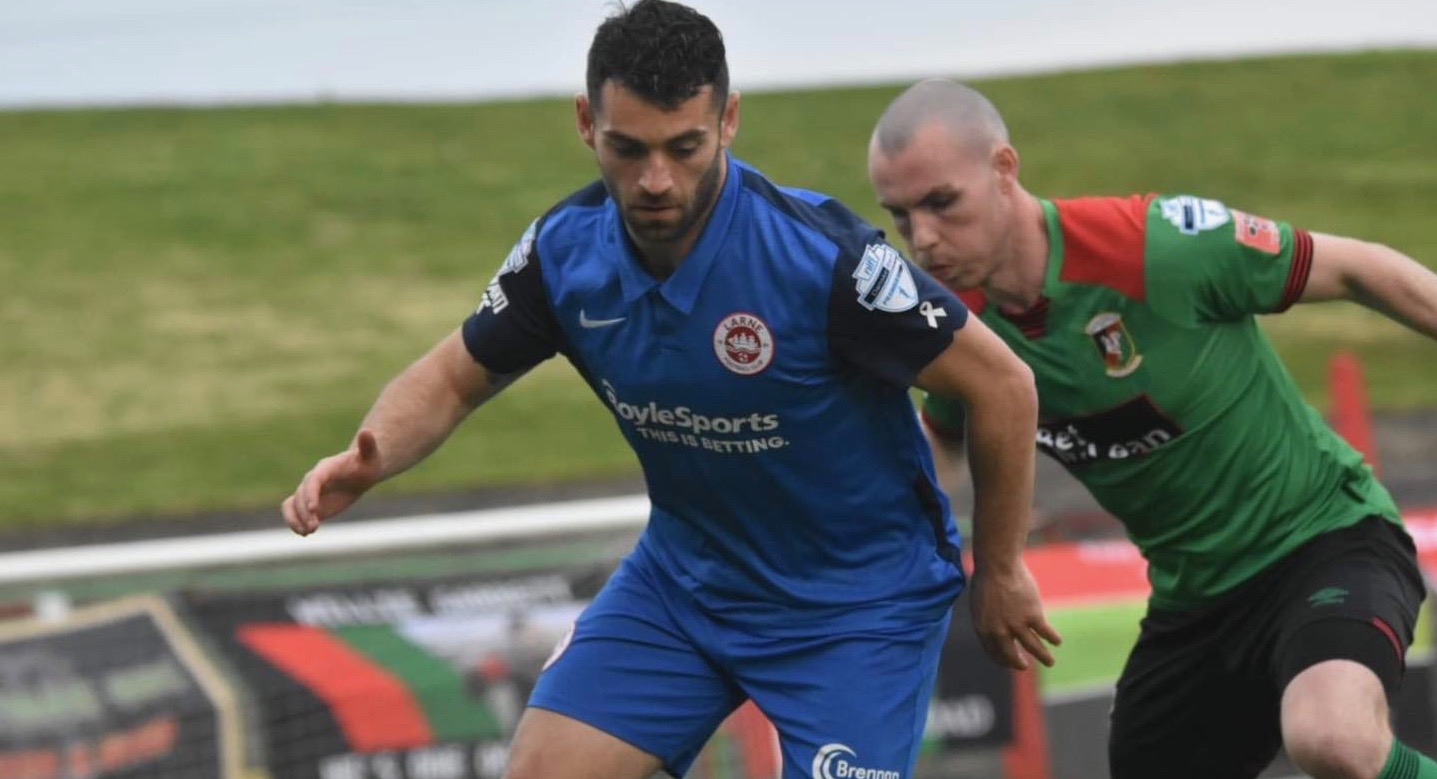 Larne left the Oval empty-handed after two goals in a 10-minute spell late in the second half saw the home side run out 3-2 winners.

It was the fourth time these sides had met this season in league and cup action, with the previous encounters ending in a draw over the course of 90 minutes.

In this one however, there were more goals in the first half than the previous encounters added together.

Mick McDermott’s side broke the deadlock after just four minutes when Rhys Marshall picked up Chris Gallagher’s blocked shot on the edge of the area to fire low past Conor Mitchell, who was making his first start of the season.

Larne started the game brightly however, and were level on 20 minutes. Good perseverance from Tomas Cosgrove down the right flank saw him eventually cross from the byline. John Herron had his close range effort blocked by Luke McCullough, but Mark Randall made no mistake with the rebound.

Within three minutes, Larne turned the game around to lead 2-1. Marty Donnelly’s cross from the left was headed out as far as Cosgrove 25 yards out and his sweetly-struck effort flew past Rory Brown.

At the start of the second half, Larne had opportunities to extend the lead through Davy McDaid, but the striker saw one shot saved by Brown before heading wide soon afterwards.

Glentroan then began to press in search of an equaliser, with Jay Donnelly seeing his low effort from a tight angle well saved by Mitchell.

On 71 minutes he wasn’t to be denied. The ball broke for the striker, who raced clear of Jeff Hughes before slotting past Mitchell one-on-one.

Glentoran sealed the points with 10 minutes left, when a corner from the right flank evaded everyone and bounced off the unfortunate Fuad Sule and into the net for an own goal.

Victory for Glentoran was enough to close the gap on leaders Linfield, while results elsewhere means Larne slip to fifth ahead of the post-split fixtures, which get underway with Saturday’s trip to Crusaders (5.30pm)