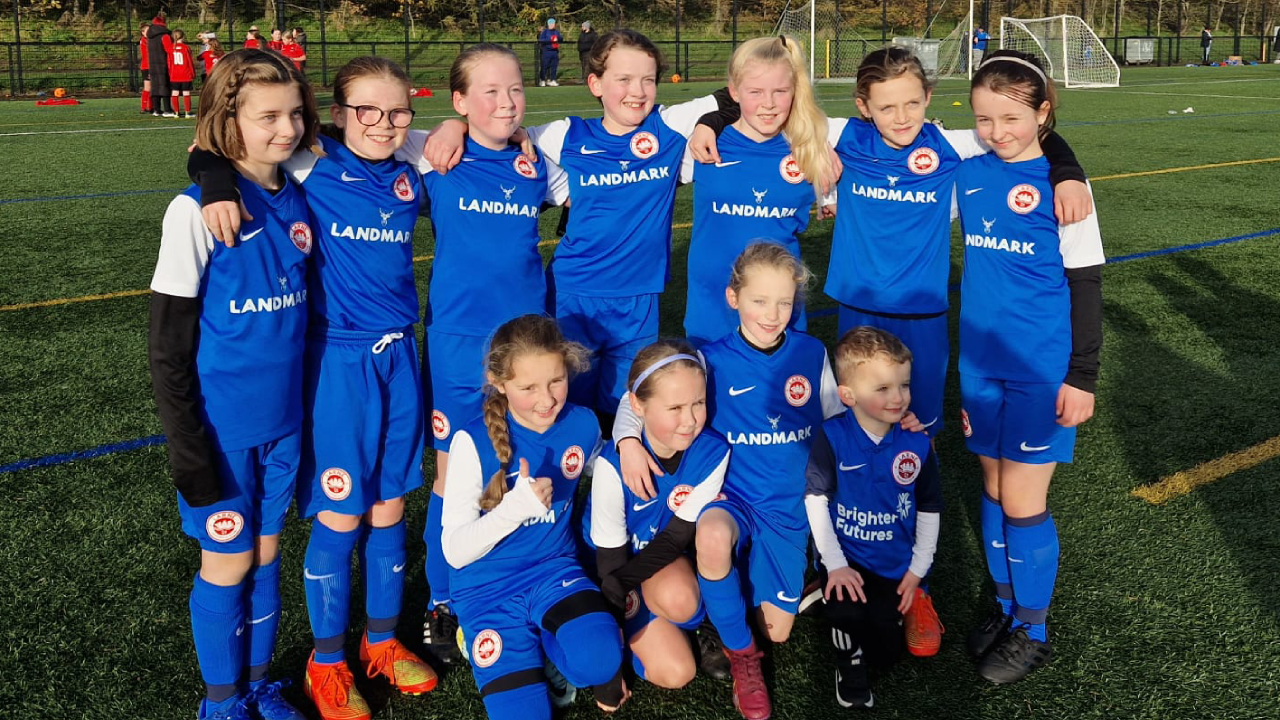 It was a real test for the girls against a physical and determined St. Oliver Plunkett side. For most of the first half the game was played in and around the centre of the park, with some gruelling challenges and battles being waged, as neither side created very many chances.

After changing formation in the second half, opting for a five across the middle, the Larne girls injected more tempo into their play and finally gave some width to their game.

With fifteen minutes left to go, a pinpoint cross from Riley Harrison found the clinical right foot of Katie Dalrymple and the game was settled.

After topping the group the team is now through to the semi-final.

This was a hard-fought performance by the girls. From the get go, there were tackles, crosses, and runs up the wing from each side, but with few chances to score. Larne’s best opportunity came when Sofia was unfortunate not to break the deadlock, although both teams were well-matched.

Into the second half of the game, we started to slip giving more chances to Dungoyne. Special mention must go to Amber O’Toole and Holly McKeen who both played exceptionally well. The team will take the draw and come back again stronger.