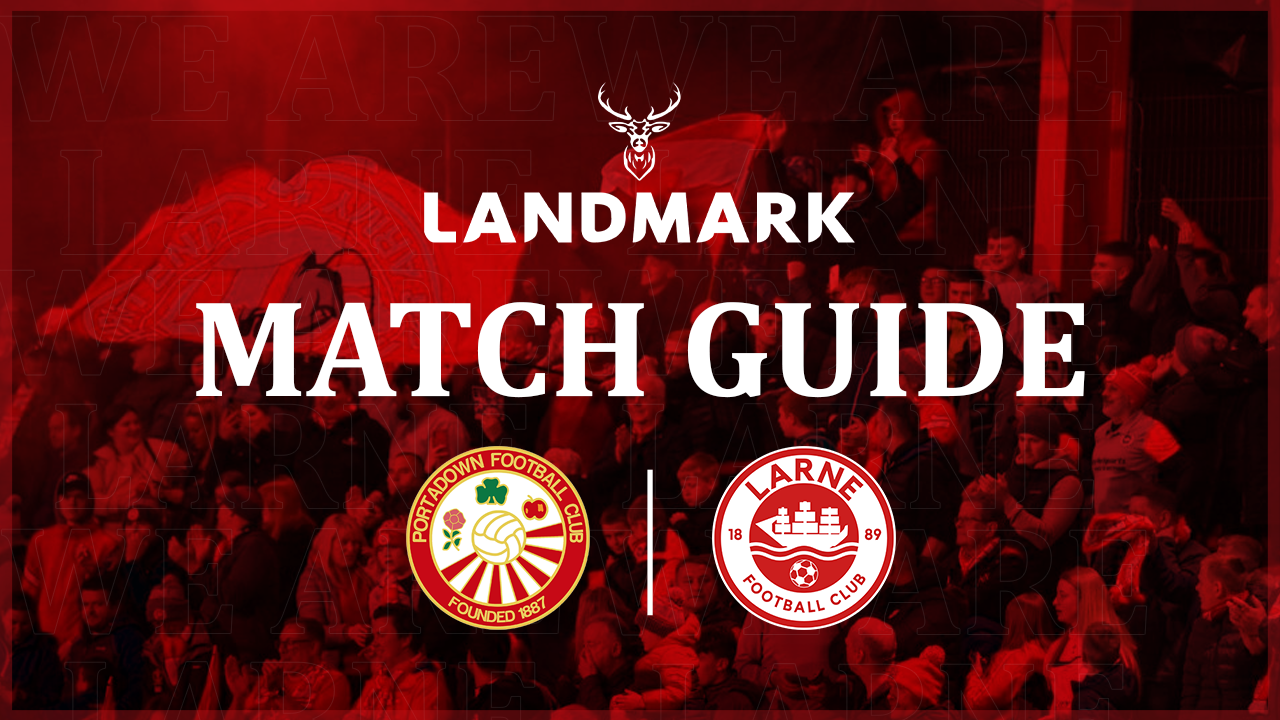 A fortnight on from drawing 1-1 away to Crusaders, Larne return to league action with a trip to Shamrock Park to take on Paul Doolin’s Portadown. Saturday’s game kicks off at 3pm and below you’ll find all you need to know ahead of the match.

Tickets for the game can be purchased HERE. They are priced at £12 for adults and £8 for concessions, while tickets for Primary School children are £5 each.

The Inver Red & Whites, Larne FC Reds and Larne Northern Ireland Supporters Clubs are all running buses to this game. Places are limited and you can find out the latest availability via their facebook pages.

It has been a difficult start to their Premiership campaign for Portadown. Paul Doolin’s side have yet to pick up a point in their first five outings. The Shamrock Park side have, however, enjoyed two wins in a row with back-to-back Mid Ulster Cup and League Cup victories. The latest of which was a 5-0 win at home to neighbours Armagh City on Tuesday evening. Among the players in the Ports ranks is former Larne defender Paddy McNally.

Last season Larne picked up a win and a draw from their two visits to Shamrock Park.

Like Portadown, Larne have two cup victories under their belts after wins against Knockbreda and Lisburn Distillery in the County Antrim Shield respectively. Last weekend’s round of Premiership fixtures was called off after the death of Her Majesty II, meaning Larne’s last league outing was the 1-1 draw away to Crusaders.

It has been an encouraging start to the season for Tiernan Lynch’s men, with four victories and two draws in the six outings so far.