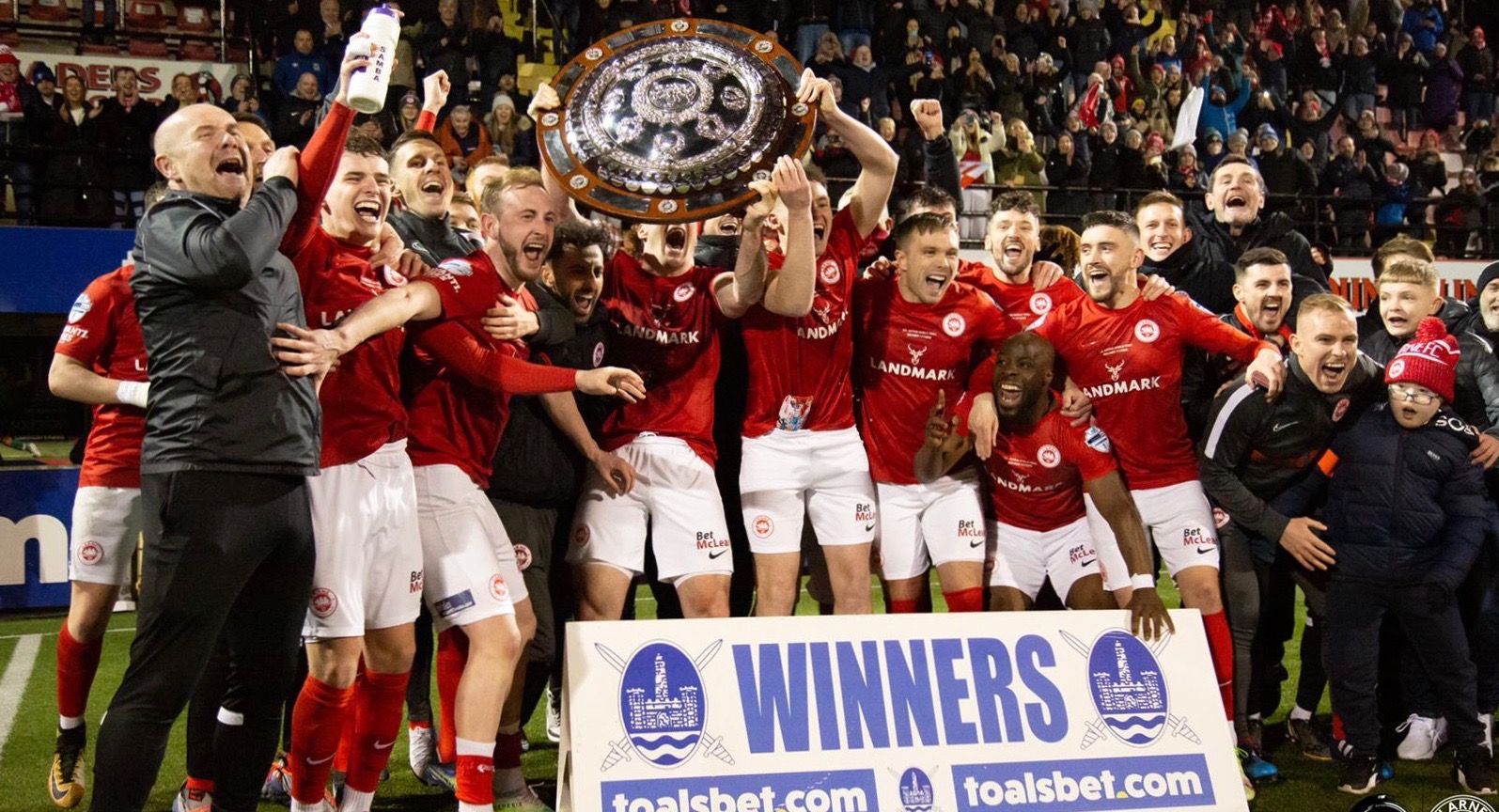 Larne take to the pitch for their County Antrim Shield final in a row tonight as the Invermen take on Linfield at Seaview. Kick-off in North Belfast is 7.45pm and you can find out all you need to know in our Match Guide below.

This is an all-ticket match and a very small number of remaining terrace tickets will be on sale today until 4pm at the Larne Academy of Sport, priced at £12 for adults and £8 for concessions.

The 1889 will be open from 5pm for those travelling to the big game. It will also be open for those returning to Larne afterwards.

The game, which is being streamed live by BBC Sport NI, will be shown on the screens in the 1889 for anyone not able to make it in person.

Tonight’s game is a repeat of last year’s final, with Larne running out 1-0 winners thanks to Tomas Cosgrove’s second half header.

Linfield come into this game on the back of an impressive 6-1 league victory away to Glenavon to keep David Healy’s side in 3rd place in the Premiership, two points behind Larne.

Linfield have defeated Crusaders, Cliftonville and Glentoran to make this year’s decider.

Larne arrive at Seaview having won the Shield for the last two seasons in a row, defeating Glentoran on penalties in the 2020/21 season and Linfield last year, both at Seaview.

Tiernan Lynch’s side have four wins, a draw and a defeat in their last six outings, which has seen them continue their fine league form and book a place in the last 16 of the Irish Cup.

Victories over Knockreda, Ballymena United and Dundela have earned a place in tonight’s Shield showpiece.