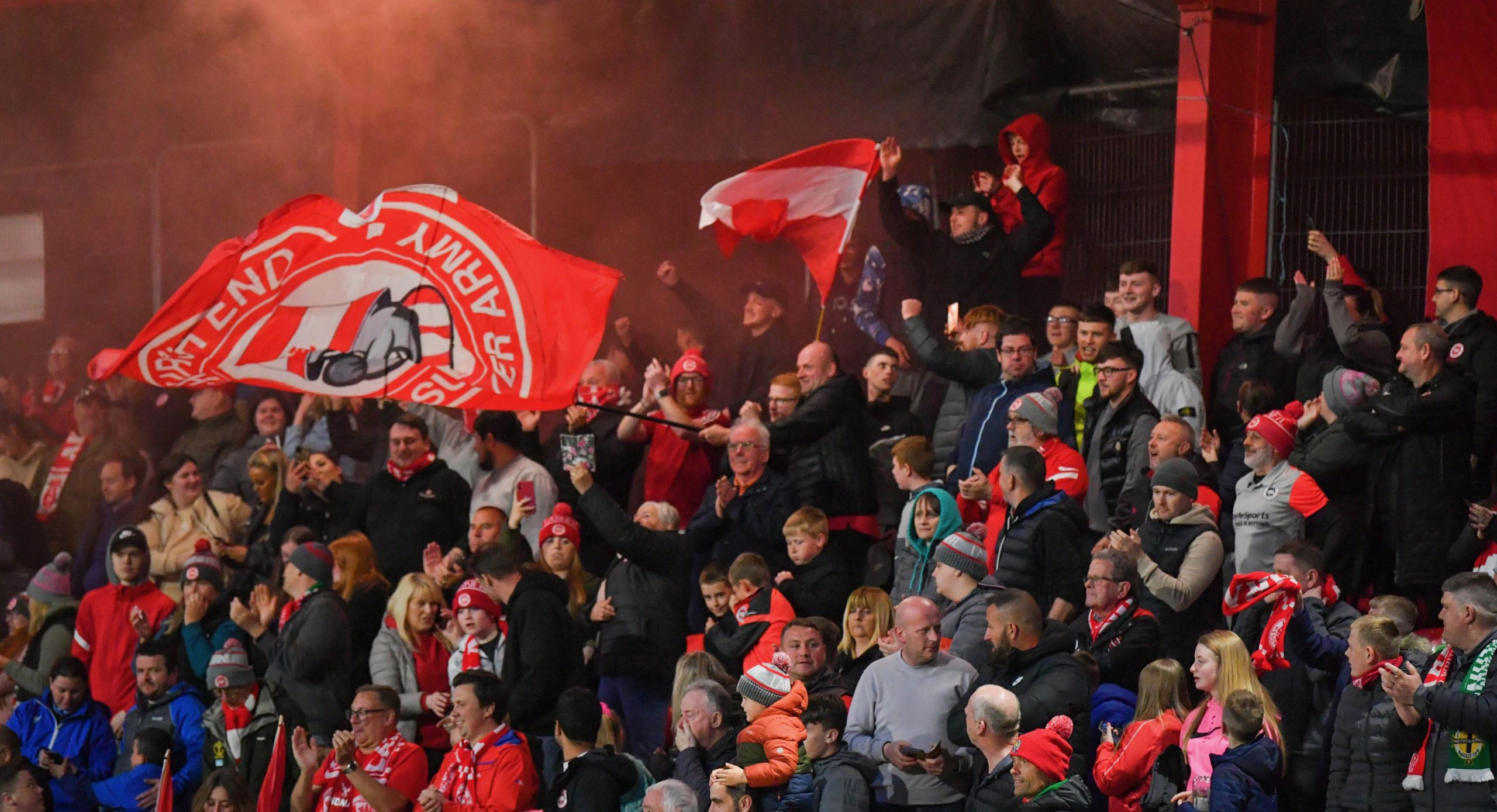 Samuel Gelston’s Whiskey Irish Cup football returns on Saturday, as Larne welcome Crumlin United to Inver Park for a 3pm kick-off. Check out our Matchday Guide for all you need to know ahead of this 5th Round tie.

Tickets remain on sale for all fans HERE. Entry is priced at £10 for adults and £5 for concessions, with tickets also available for £2 for all under-11’s accompanied by an adult.

Please note only the terrace and Landmark Main Stand will be open for this fixture. Crumlin United fans will be segregated in Sections D & E of the Main Stand.

The 1889 will be open from 12noon, showing live FA Cup matches throughout the day, including Liverpool’s tie with Wolves at 8pm. The will also be Matchday Specials on offer.

On the pitch, we will have the 2014 and 2016 teams from our Academy providing half-time entertainment for supporters.

The Club Shop at Inver Park will reopen at 2pm on Saturday, stocked with the new range of Nike merchandise which was on offer at our pop-up shop in December.

We also have our popular home, away and third shirts in stock as well as mugs, glasses, 1889 range and much more.

January’s edition of the Inver Read, our monthly magazine, will be on sale at Saturday’s match for the first time available at the Tea & Coffee kiosk in the forecourt, as well as the Club Shop. Brian Craig’s popular Inver Rewind feature returns, casting minds back to January 1991, as well as interviews with new signing Thomas Maguire and defender Aaron Donnelly.

Crumlin United play in the NAFL Premier Division and currently sit 5th in the table after ten games played. The Amateur League side are managed by a man who will need no introduction to the Larne faithful, Ciaran Caldwell. The former central midfielder joined the Inver Reds in January 2018 from Cliftonville and went on to make a number of appearances in the Championship for the club. Ciaran was appointed as a player/manager at Crumlin United after he departed Inver Park in 2018 and has been flourishing in the role ever since.

Saturday’s Irish Cup meeting will prove to be historic for the Mill Road side as it will see them feature in the 5th round of the competition for the first time.

Larne come into Saturday’s game having reached each of the quarter-final, semi-final and final stages of the competition at various stages during Tiernan Lynch’s reign at the club.

While many will have the home side as firm favourites for this tie, the Invermen will know they can’t afford to take Ciaran Caldwell’s side lightly if they are to book their place in the last 16 of the competition.