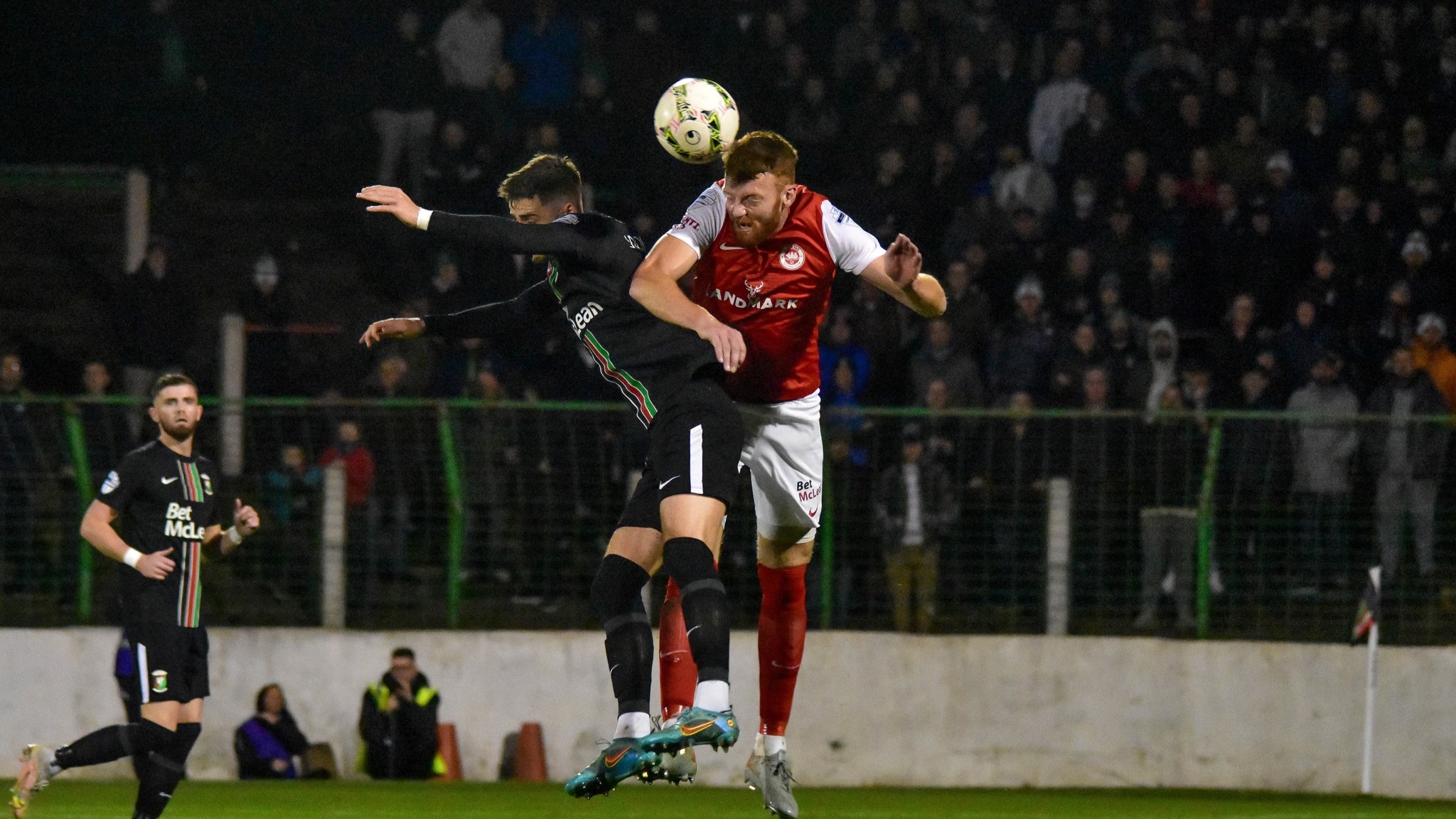 Larne make the trip to the Oval on Saturday to take on Glentoran in an important encounter. Kick-off at the East Belfast venue is at 3pm and you can find out all you need to know ahead of the big game in our Match Guide below.

This is an all-ticket match and you can purchase yours HERE. Tickets are priced at £12 for adults and £8 for concessions.

Please see the Inver Red & Whites, Larne NISC or Larne Reds pages to book a place on each bus. Supporters Liaison Officer Richard Todd can also help with this process.

The 1889 will be open from 12pm for those travelling to the big game. It will also be open for those returning to Larne afterwards.

Glentoran come into this game in sixth place in the Danske Bank Premiership, however Mick McDermott’s men have a number of games in hand over all of the sides above them.

The Glens also announced the signing of Northern Ireland international winger Niall McGinn at the beginning of the week, and the former Celtic and Aberdeen man is in line to make his debut on Saturday.

Since Larne’s last league outing, the Invermen booked their place in the last 16 of the Irish Cup with a 3-0 win over Crumlin United at Inver Park.

Cliftonville’s midweek victory over Linfield knocked Larne off the top of the Premiership. The North Belfast Reds will have played again before Larne take to the field on Saturday, with Paddy McLaughlin’s men away to Carrick Rangers on Friday as a congested top six continues to take shape.

New signings Jamie Pardington, Micheal Glynn and Joe Thomson have all now received their International Clearance and are eligible to play.