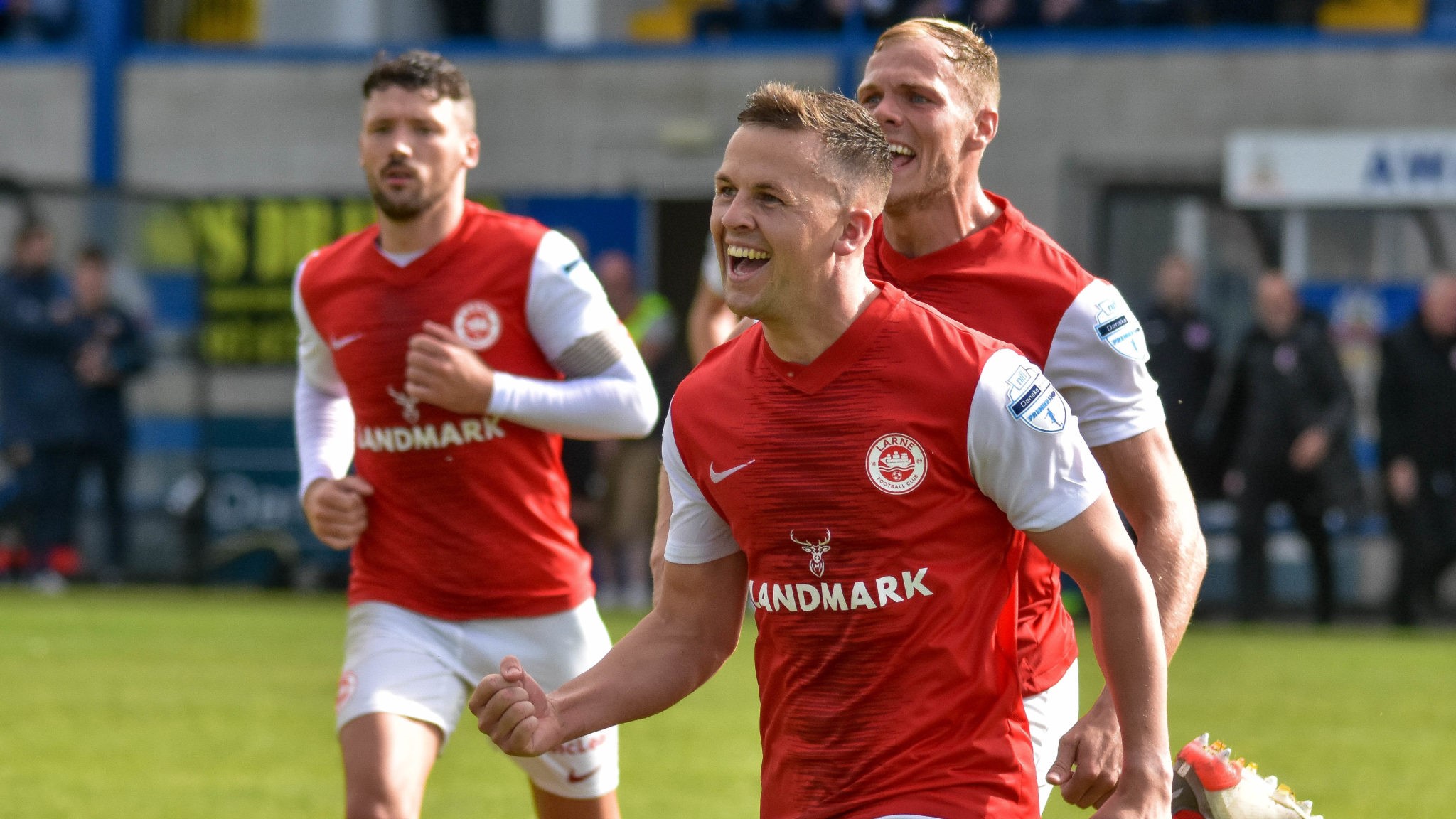 We’re back 0n the road for our second trip to Mourneview Park this season, as we take on Glenavon at 7.45pm on Firday evening. Below is our Landmark Match Guide and all you need to know ahead of the match in Lurgan.

This is an all-ticket match and you can purchase yours HERE. Tickets are priced at £12 for adults and £8 for concessions and just £5 for Primary School-age children

Please see the Inver Red & Whites, Larne NISC or Larne Reds pages to book a place on each bus. Supporters Liaison Officer Richard Todd can also help with this process.

The game is also being streamed by BBC Sport NI on the iPlayer, website and red button.

The 1889 will be open from 5pm for those travelling to the big game. It will also be open for those returning to Larne afterwards.

Glenavon had been in good form in recent weeks, however they come into this game having lost 1-0 away to Dungannon Swifts on Saturday. Gary Hamilton’s men are in 8th place in the Danske Bank Premiership with 20 points from their 17 games played so far.

In the previous meeting between the sides, also in Lurgan back in August, Ben Doherty scored the winning goal from the penalty spot with the last kick of the game against a Glenavon side who had been reduced to nine men.

Larne come into this game having lost their last two games, away to Linfield and home to Coleraine. However, such has been the Invermen’s strong start to the season we remain at the top of the Premiership heading into this one.

Boss Tiernan Lynch will be without the services of defender Shaun Want and striker Lee Bonis, who are both out with a one game suspension.