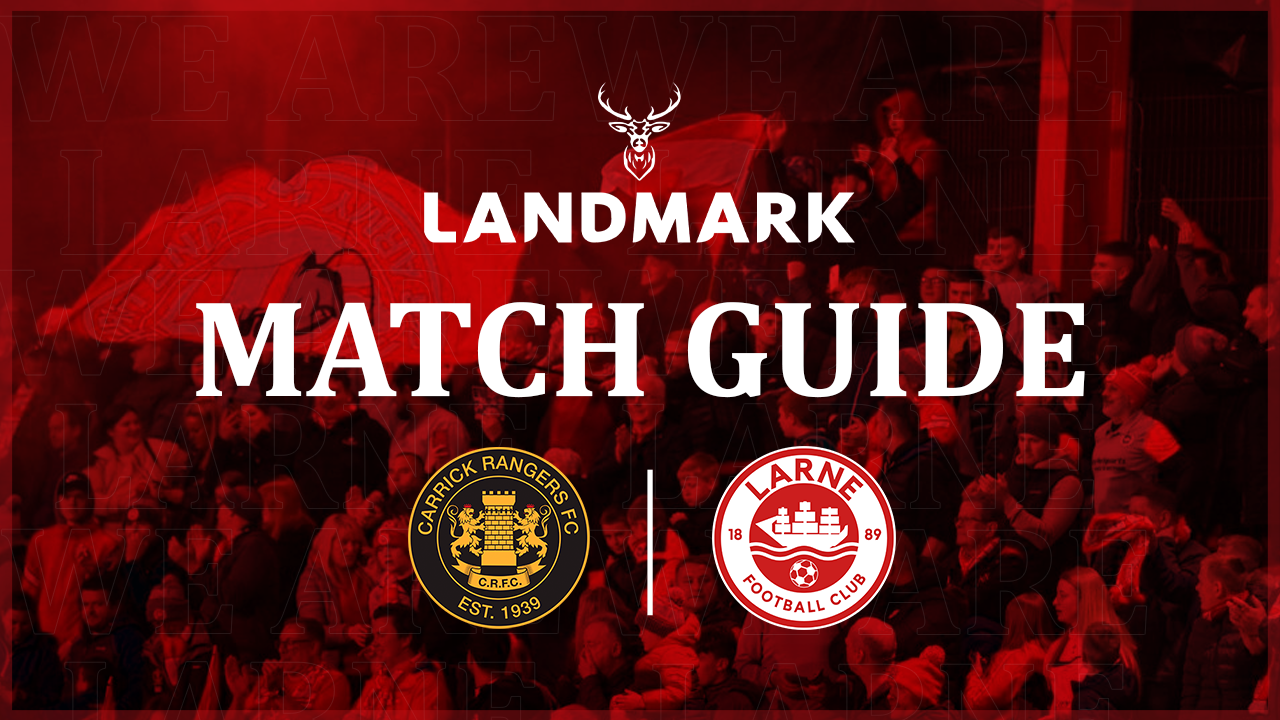 Larne are on the road again on Friday evening, with an East Antrim derby against Carrick Rangers at Taylor’s Avenue. The game kicks off at 7.45pm and below you’ll find all you need to know ahead of the encounter.

Tickets for the game can be purchased HERE. They are priced at £12 for adults and £8 for concessions. You can also pay at the turnstiles, but purchasing online in advance will save time once you arrive at the stadium.

Friday’s game will be segregated, with Larne supporters entering via the away turnstiles on Prince William Way, similar to previous visits. Parking is available at the turnstiles for cars and buses.

The Inver Red & Whites, Larne FC Reds and Larne Northern Ireland Supporters Clubs are all running buses to this game. Places are limited and you can find out the latest availability via their Facebook pages.

Stuart King’s Carrick have started the season well, with three wins from their six outings so far leaving them in sixth place. As well as defeating Newry City, they have also enjoyed impressive wins over Linfield and Ballymena United. They claimed a point away to Glenavon with their only defeats coming against Cliftonville and Coleraine.

On loan Andy Mitchell will not be eligible to face his parent club.

Larne are one place and one point ahead of Rangers, after five games played. Last Saturday’s victory over Portadown made it three victories and two draws for Tiernan Lynch’s men so far.

Paul O’Neill bagged the only goal of the game at Shamrock Park to put himself back out in front of the club’s goalscoring charts. He has found the net four times in his five Premiership outings, since the summer move from Cliftonville.