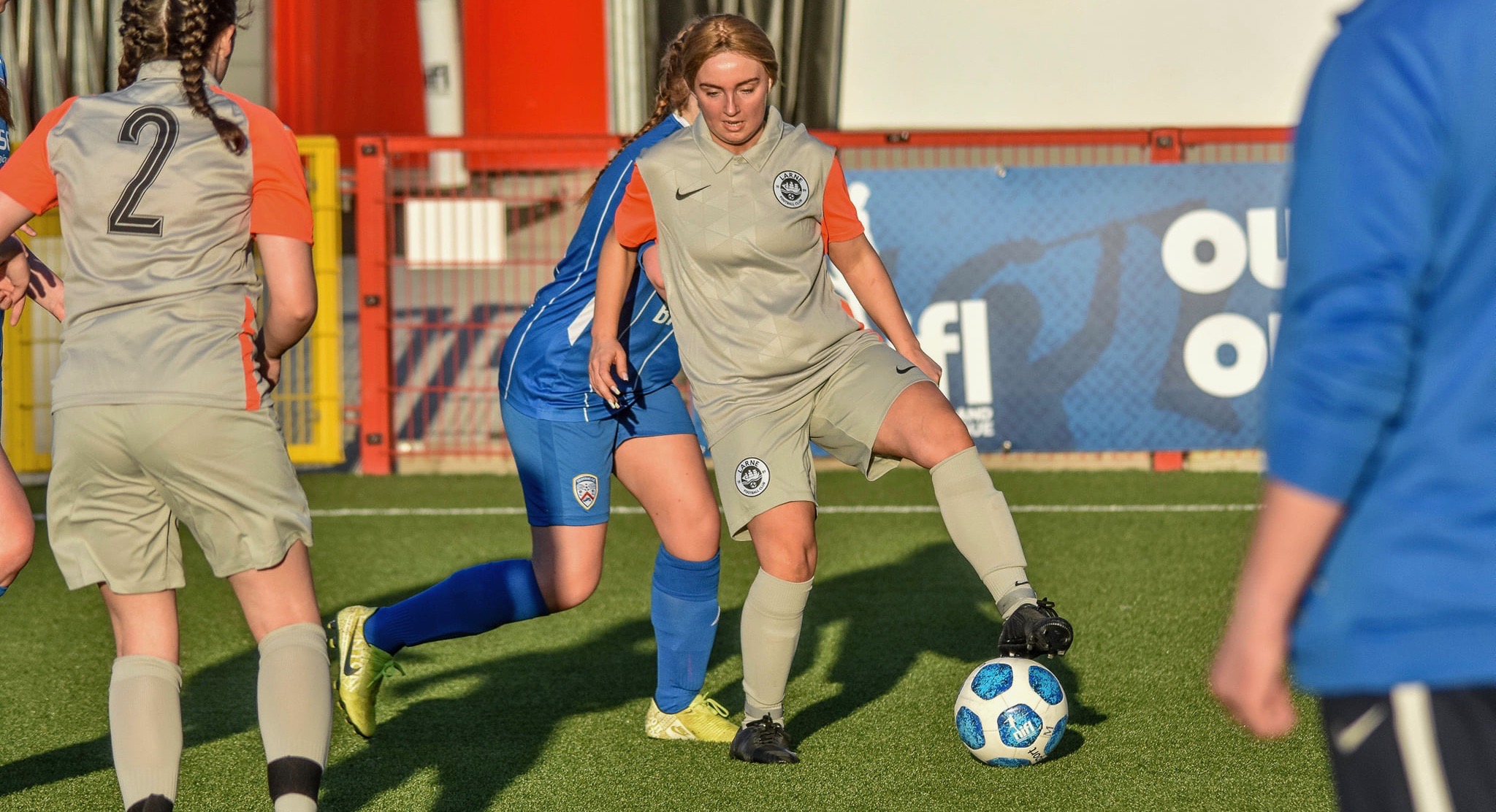 Larne Ladies continued their fine start to the season with a comprehensive 8-1 win over Crewe Ladies at Inver Park.

William Noble’s side were quick off the mark, and took the lead with just five minutes gone.

Elle Houston’s corner found Aimee Beggs – and with her initial effort well kept out – and scrambled ended with Teah Maguire tapping in to open her account for the Inver Women.

After 14 minutes the home side doubled their advantage. Georgia Crawford won the ball in midfield before playing a sublime ball through the heart of the Crewe defence releasing Cathy Dunn to make it 2-0.

Less than a minute later and it was 3-0. The ball arrived in a dangerous area and it fell to Georgia Crawford, who composed herself before slotting the ball past Crewe ‘keeper.

Crewe struck back five minutes later, as a well taken free-kick leaving goalkeeper Leanne Glass no chance, to make it 3-1.

With 10 minutes until the interval Larne Ladies regained the three goal through Elle Houston. The through ball found Houston and she had time to set herself before slotting the ball past the Crewe ‘keeper.

Another quick fire goal arrived within a minute, as Larne had their fifth goal of the night. Hannah Robinson raced through on goal before slotting home to make the score 5-1 with 10 minutes left of the first half.

There was still time to to add to the scoreline, as two goals inside a minute made it 7-1 before the referee’s half-time whistle.

The second half was a quieter affair, and they completed the goalscoring on 65 minutes. Substitute Jenny Montgomery made a run down the wing, beating a defender, before playing an inviting ball into the box to Rebecca Boyce, who fired home.

After a convincing victory, Megan McMurray was named as Player of the Match.