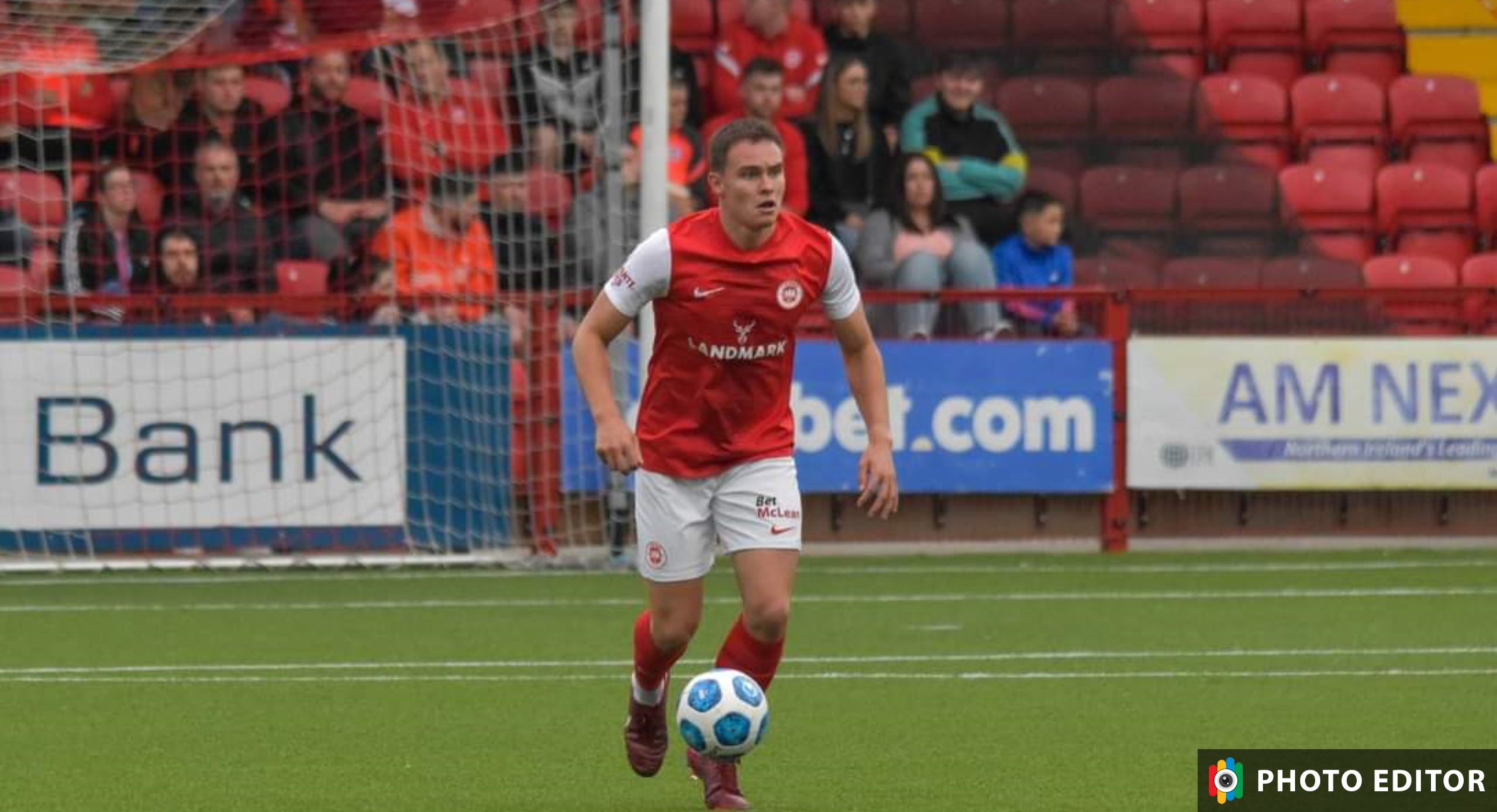 Larne Football Club can confirm Kofi Balmer has today completed his transfer to Crystal Palace, for an undisclosed fee.

Having arrived from Ballymena United in July 2021, Kofi quickly became a mainstay of Tiernan Lynch’s defence as well continuing to represent Northern Ireland at under-21 level, wearing the captain’s armband on occasion for his country.

He was also called into a training camp for Ian Baraclough’s senior side at the end of last season, underlining his progress with the national side.

Kofi made his debut in the club’s first ever European appearance, a 1-0 win away to Bala Town last July, and went on play a significant part in helping the Invermen reach the Third Qualifying Round of the Europa Conference League.

In all, Kofi made 45 appearances for the club and scored seven goals in his time at Inver Park.

Boss Tiernan Lynch paid tribute to the outgoing defender, saying: “We’re obviously disappointed to lose a player of Kofi’s quality, but this is a move he has very much earned.

“He is a quality young player and someone who has demonstrated that throughout his time at the club. He has been an important part of our defence during his Larne career, and has also popped up with some important goals.

“Kofi came into work everyday with a determination to improve his game and has got his reward with this next step on his journey. He has a great attitude and that will serve him well for the rest of his career.

“Already having a couple of hundred games in senior football is important and will also serve him in good stead.

“It is also a reminder of how much full-time football can benefit a player and help them progress, preparing Kofi for a move to a Premier League club in England.

“We wish Kofi all the very best at Crystal Palace and will obviously be watching on as his career continues to progress.”