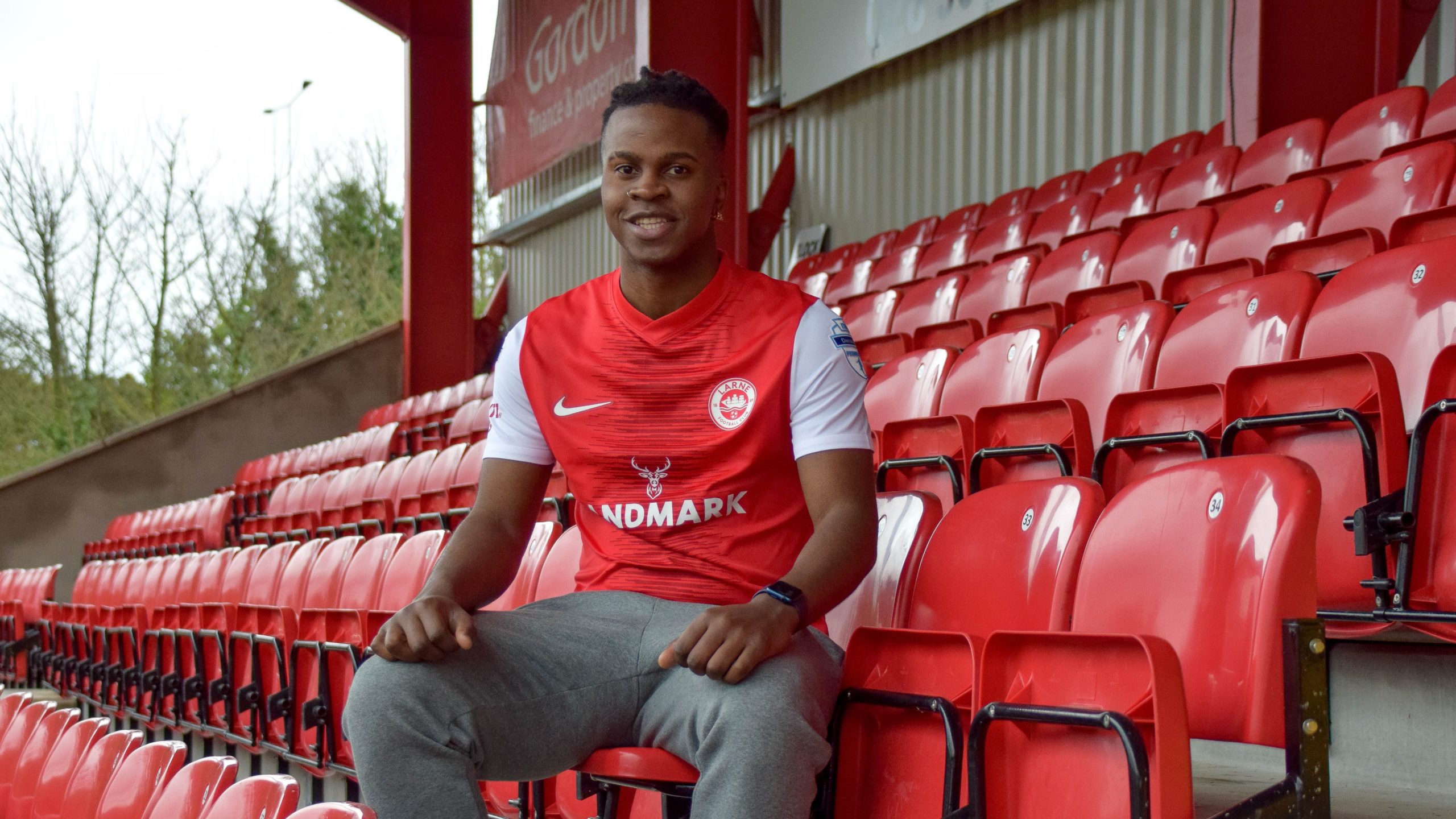 We are very pleased to announce the signing of 24-year-old forward BJ Banda from Ballinamallard.

The Letterkenny native has impressed at Ferney Park over the course of the last 18 months, including finishing as last season’s joint top goalscorer. In total, he scored 23 goals in 58 games for Harry McConkey’s side.

Before the spell in the Bluefin Championship, BJ began his career with Letterkenny Rovers before linking up with Finn Harps’ U19 team ahead of the 2014/15 season.

As a teenager, the striker worked his way through the ranks with Ollie Horgan’s side and wrote his name in the history books when he scored in Harps’ promotion play-off victory against Limerick to send them into the top flight.

He linked up with the Mallards in the summer of 2021, where he has enjoyed an impressive spell.

Boss Tiernan Lynch said: “We are very pleased to bring BJ to the club, having kept a close eye on him for a while.

“He has done well in the Championship, and since he’s trained with us he hasn’t looked out of place.

“It’s obviously a step-up to the Premiership, but he is a player hungry to learn and develop.

“Despite his young age he has good experience under his belt and we’re looking forward to him giving us a different option.”