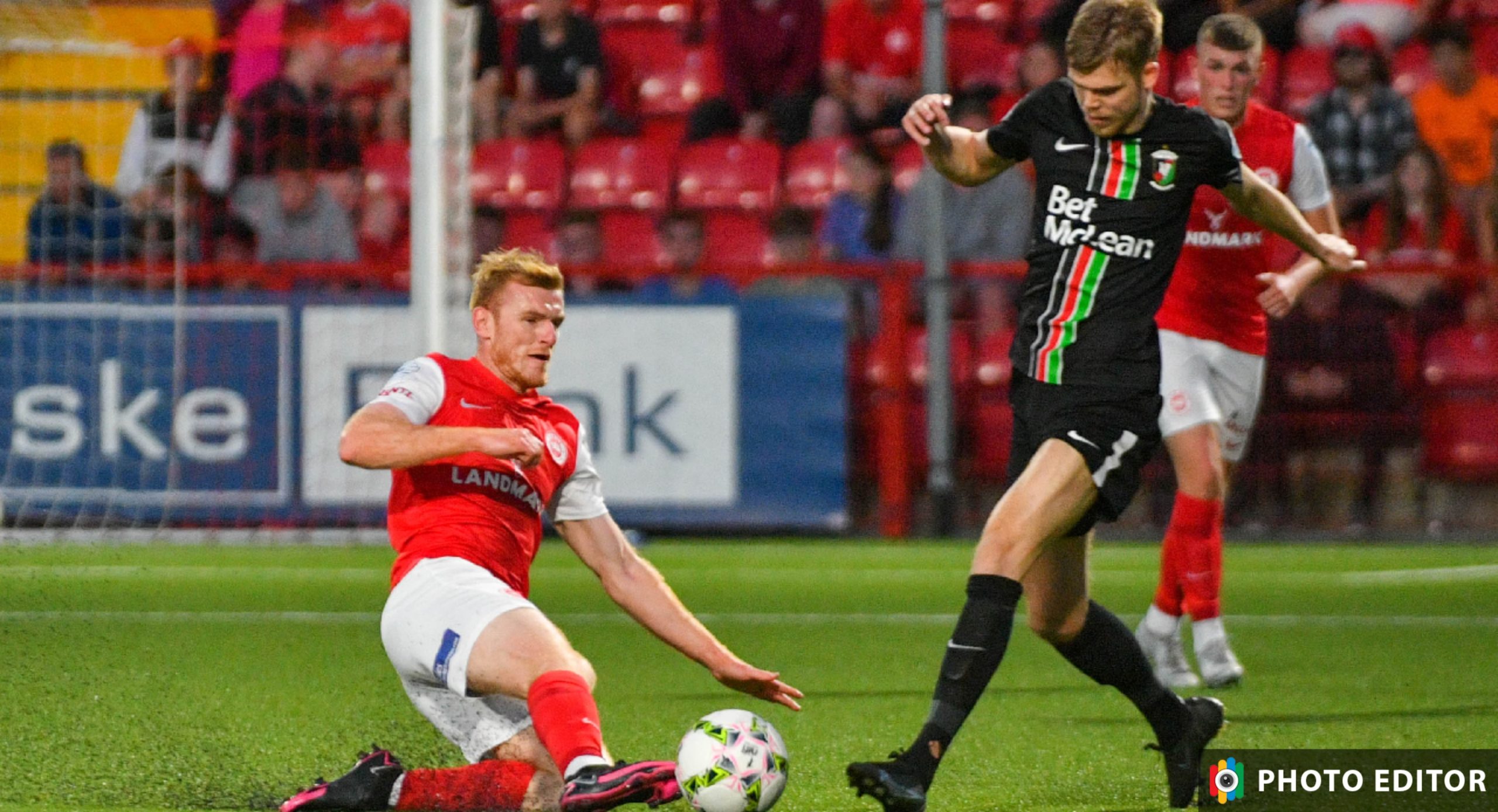 Larne kicked off the 2022/23 Danske Bank Premiership with a point after a 0-0 draw with Glentoran at Inver Park.

Both clubs have busy in the summer transfer window to date, and the Invermen gave league debuts to three of the summer signings, with Aaron Donnelly, Leroy Millar and former Glentoran striker Paul O’Neill coming in the starting XI.

Larne were quick into their stride in the first half and were first to threaten, after only four minutes.

Ben Doherty showed good instinct to dispossess Bobby Burns and find time to get his shot away, but Aaron McCarey was equal to it, to turn the danger away for a corner.

Larne continued to shade the opening exchanges, but were unable to find a way of seriously troubling McCarey, with Lee Bonis also clipping the outside of the post from a corner.

The visitors came into the game more as the first half wore on, but they closest they came was when former Dundalk midfielder Sean Murray knocked the ball clear of the crossbar from a free-kick.

Glentoran could have opened the goalscoring three minutes into the second half – and would have but for a smart save from Rohan Ferguson.

For the first time on the night Jay Donnelly found himself in some space, just inside the Larne penalty area, and looked sure to roll the ball past Ferguson, but the Scotsman got down quickly to his right to palm away the shot.

The next opportunity fell the way of the home side after some build-up play on 58 minutes. The home side moved the ball from the right flank across to the left were new recruit Leroy Millar dug out a dangerous cross for Lee Bonis, but the big striker’s header was just a yard off target.

Both sides came into the game missing key personnel. Glentoran were without Paddy McClean after being sent off in that play-off defeat in May.

Larne, meanwhile, had to contend without Cian Bolger and Kofi Balmer, who completed his move to Premier League side Crystal Palace on Thursday.

Despite this, both defences were on top as the game wore on, looking like one goal for either side would claim victory on opening night.

Both managers made changes in an attempt to turn one point into three in the final quarter of the game, with Ally Roy and Michael O’Connor being introduced for the visitors, while Daniel Kearns replaced Paul O’Neill for the home side but in the end both had to settle for a share of the spoils.