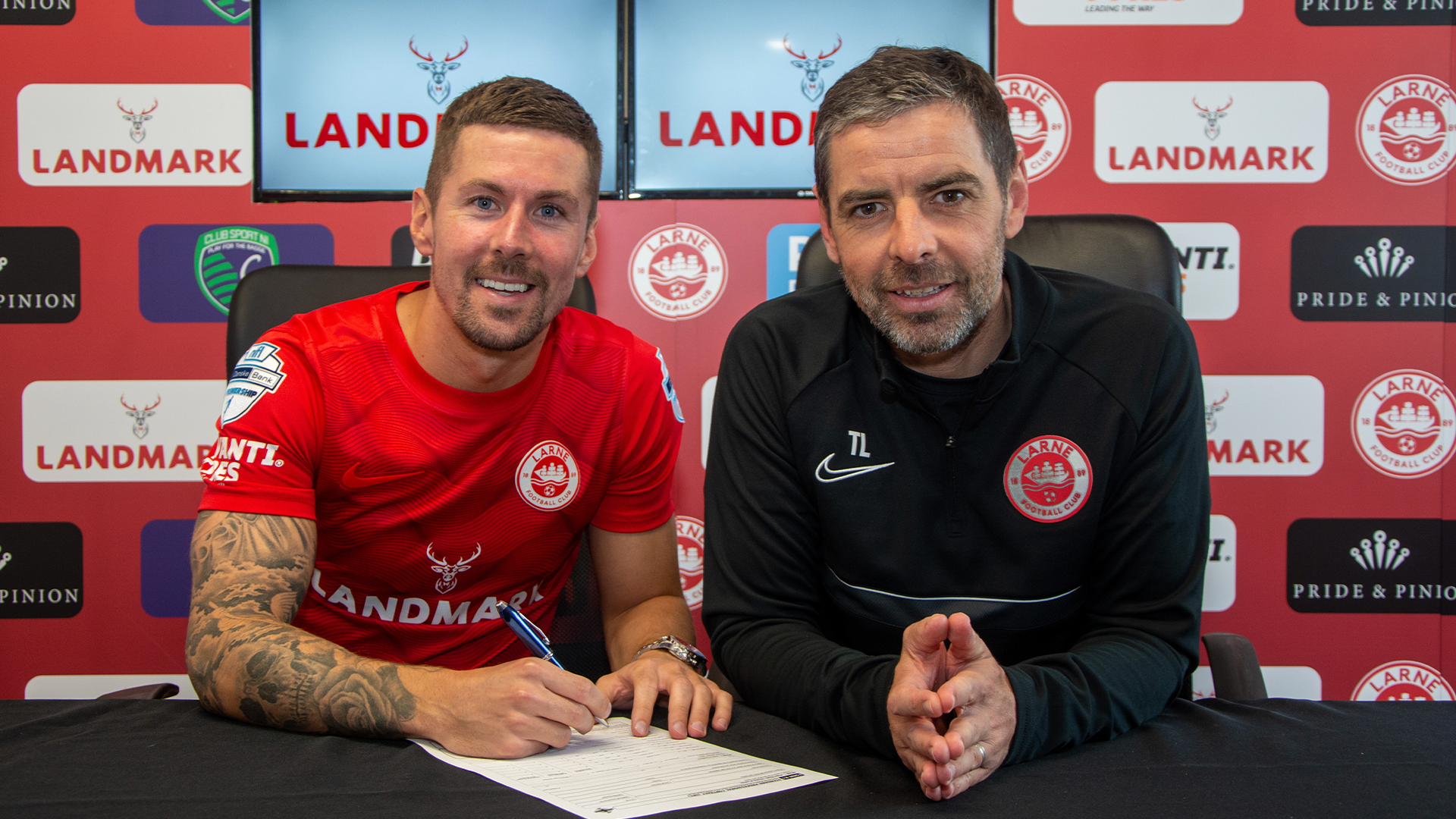 We are delighted to announce the signing of Daniel Kearns.

The talented playmaker arrives at Inver Park, following the conclusion of his contract at Cliftonville. Prior to his stint at Solitude, Kearns began life at Dundalk before embarking on a career across the Irish Sea. He spent three years at Peterborough United, before a season at Carlisle.

After his first foray into the Irish League came in an impressive stint with Glenavon before he returned to the League of Ireland with Sligo Rovers and Limerick.

In the last four seasons he has been back north of the border and enjoyed spells with Linfield and Cliftonville.

Now an experienced midfielder, Tiernan Lynch is delighted to add him to his squad ahead of the European campaign kicking off in little over three weeks time.

“Daniel comes to the club with a lot of proven quality and enjoyed a very good time at Cliftonville most recently,” he said.

“The opportunity to come back to full-time football with ourselves was a big thing for him and we’re very pleased to have him here.

“I’d like to thank Cliftonville for their co-operation in making this a smooth process.”

The 30-year-old is now ready for a fresh chapter in his career at Inver Park.

He said: “It was a big decision for me to come here, but I’m delighted to be back in full-time football at this stage of my career.

“The manager has explained what he wanted from and hopefully I can come here to add to the quality at the club. There is a great buzz around the club with European football around the corner and everyone can’t wait to get going.”