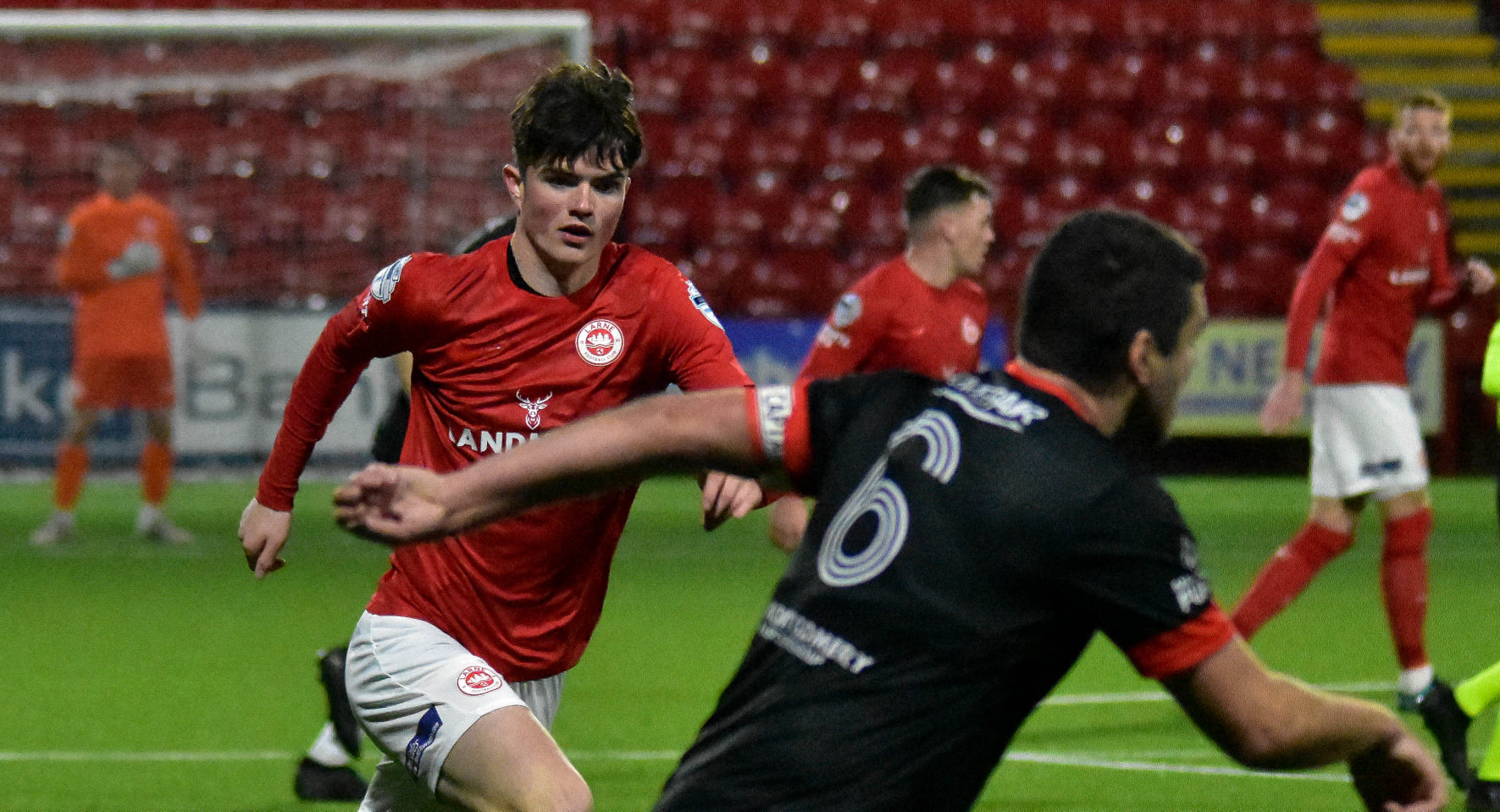 Conall Curran has returned from his loan spell at Ballyclare Comrades.

The 18-year-old striker spent the first half of the season loan at Dixon Park and scored three goals across the 16 games he featured in for Steven Small’s side.

Curran made his breakthrough against the same opposition in last season’s County Antrim Shield semi-final and signed his first professional contract for the club before the end of the 2021/22 season.

The striker, who has come through the club’s Scholarship programme, will now come under the watchful eye of first team boss Tiernan Lynch.

“Conall is a player we have high hopes for,” the boss said.

“His first spell in senior football will have done him a lot of good and will hopefully help to facilitate his development further.

“Playing against men week in, week out is important for players like Conall, as is playing in the environment where results really matter.

“Along with Iain Dowie, Conall is a player we have identified as someone we want to continue to work closely with and coming back from loan will allow us to do that in the immediate term.”