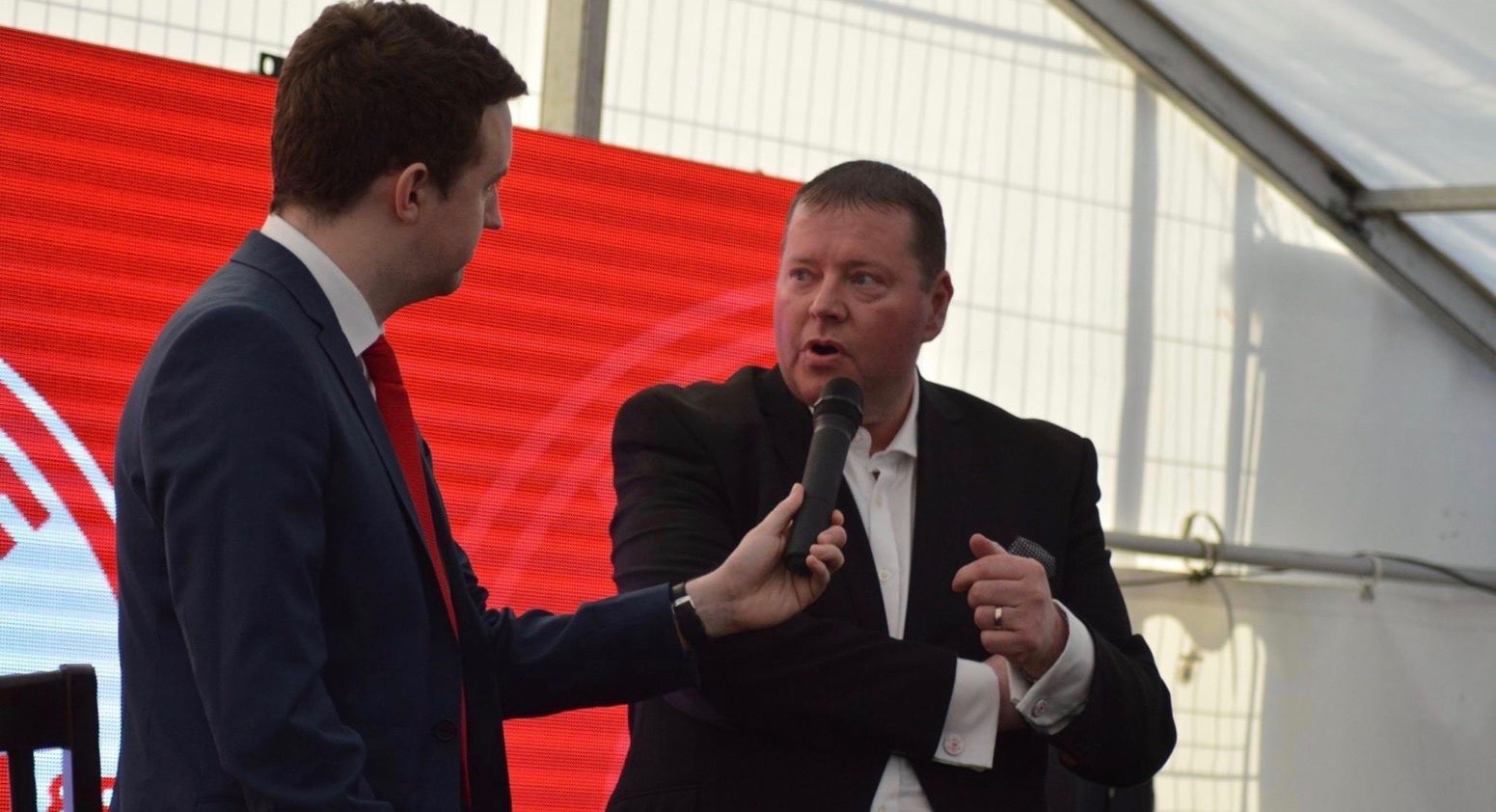 Well folks, we have reached the festive season once again, a time for giving, a time for getting as the lyrics go in an incredibly famous song.

A time for giving for me, is a warm welcome to our visitors on Boxing Day Carrick Rangers, whilst hopefully getting the three points we desire to set us up nicely for a very tough January, starting at Solitude on the 2nd.

Footballing wise for the first team we have had the true roller coaster ride that many talk about, from winning a second Co. Antrim Shield, to that unforgettable night at The Oval when we qualified for European competition for a second time also, to the disappointment of our loss against St. Joseph’s in the Europa League, to now sitting proudly at the top of the Danske Bank Premiership table: it hasn’t been a bad year!

We know we are far from the finished article; we need a little more strength in depth and as a board we are working extremely hard to give Tiernan the tools he needs to deliver for us. Let us stick together through thick and thin and as I have said many times, we really are stronger together, we have not done too bad over the last five years, have we?

2022 has seen growth and success across all aspects of the playing side of the club, from the Lions to the Academy, to the Scholarship programme and from girls to our women’s first team there has been many successes, none more so than our women’s team winning the Championship title and bringing Premiership football to the town, another massive first for the club, well done everyone.

Off the pitch, it is with immense pride that we see our vision to transform the old Cliff building on Seacliff Road to the new state of the art Larne Academy of Sport facility that we have today. This will bring benefits both on and off the pitch to the club and community alike and we are not finished yet. Hopefully, over the coming months and years we will be able to see our plans for the next stage come to fruition.

I would like to congratulate Kofi Balmer on the year he has had since losing his beloved father Jimmy in January. A County Antrim Shield victory against Linfield, captaining Northern Ireland u21’s, earning a move to Crystal Palace, promotion to the Northern Ireland senior team for the last two Nation’s League fixtures, earning a 1st team squad number for the Crystal Palace when they registered their 25 with the Premier League and finally being selected as a starter, and indeed starring for Palace in their recent mid-season friendly with Brazilian outfit FC Botafogo.

I am sure this is only the start for Kofi as he has a bright future and career ahead of him, he has many well-wishers at Larne FC, and we will look on with considerable pride as we see him continue to grow and prosper. A top man in every sense of the word both on and off the pitch.

During the year, we have all have lost someone close to us, we have lost supporters and friends from the terraces at Inver Park, and I would ask us all to take a moment of reflection and remember them in our thoughts and prayers. God bless.

Please have a happy and safe Christmas with your families, and I look forward to a prosperous New Year for us all on and off the pitch.

Season’s greetings and thanks for your continued support