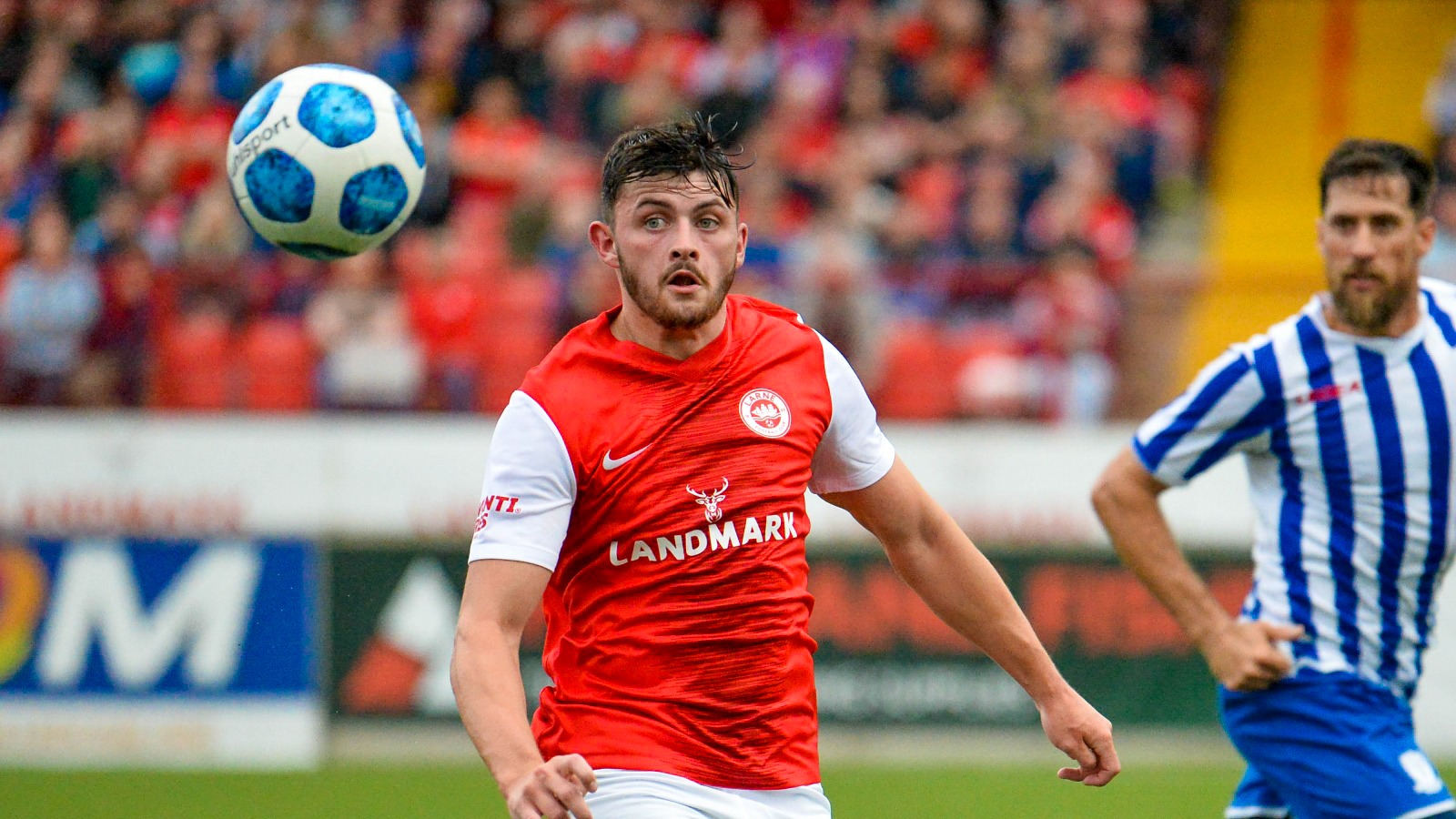 Tiernan Lynch made a raft of changes to for their first round encounter, with Aaron Donnelly the only survivor from the 1-1 draw against Crusaders last Friday.

Most of Larne’s efforts in the first half were outside the ‘Breda box, such as Andy Scott’s early shot which missed the target.

With 12 minutes gone, wing-back Graham Kelly slipped the ball through to Lusty, but he was unable to hit the target from a tight angle.

Midway through the first half, Larne managed to break quickly against their Championship opponents when former Partick Thistle midfielder Shea Gordon slipped the ball into the path of youngster Sean Brown, but his effort was well saved by Jonah Nicholl.

Larne began to up the pace after the break, with pacey midfielder Andy Scott at the heart of most of Larne’s attacks.

The former Accrington Stanley apprentice linked up well with Daniel Kearns three minutes into the second half, before shooting from the edge of the box but his effort was well held by Nicholl.

Four minutes later Scott did well to win the ball back in a good position to create a chance for himself but this time his shot from 18 yards was turned wide by Nicholl.

Despite the game being more or less one way traffic in terms of chances, it took Lee Bonis’ introduction on the hour mark to help break the deadlock.

Having only been on the pitch for six minutes, he ran on to Daniel Kearns pass, which was dummied by strike partner Lusty, and drilled lowed into the bottom left corner from 15 yards.

Sean Brown looked dangerous for the home side, down the right flank but was thwarted on a number of occasions, firing just wide and being denied by Nicholl.

Bonis then turned provider for the second goal, which came right on 90 minutes, as he raced down the right flank before crossing to the back post where Scott capped off an impressive display with a goal.