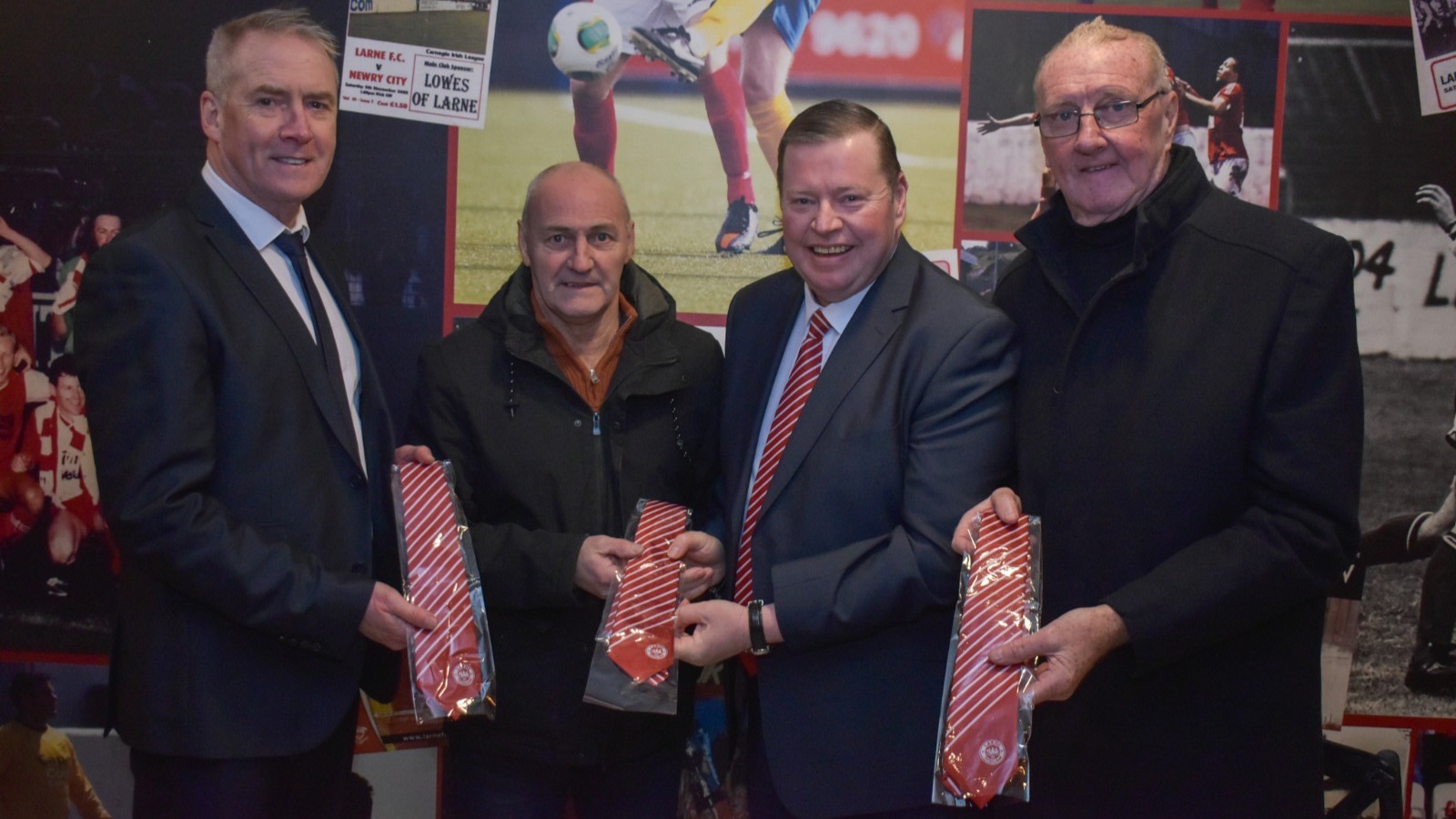 We are delighted to announce the addition of three new Club Ambassadors.

Harry Kernohan, Harry Rainey and Eddie Spiers have accepted the invitation to represent the club, in the first appointment of its kind at Larne.

All three represented the club with great distinction during playing careers which spanned various eras in the club’s past.

We are delighted that all three will now represent the Club with equal distinction off the pitch at a wide range of events, functions and gatherings as we continue to be a club at the heart of our community.

Harry Kernohan, a former midfielder, donned a Larne shirt during the 1980’s and 90’s, having arrived at the club from Ballymena Untied, winning the 1987 Ulster Cup.

Eddie Spiers was part of a formidable defence which provided the foundation for much of Larne’s success in the 80’s, including the aforementioned Ulster Cup success.

Harry Rainey, meanwhile, was a forward of supreme ability and was often at the forefront of the days when Larne reigned supreme in the B Division and Steel & Sons Cup success of the 1970’s.

Chairman Gareth Clements was delighted to welcome the three former stalwarts to their new role.

He said: “This is a role the club have been keen to create for a while now. When we sat down to think about the qualities an Ambassador needed, these three gents immediately came to mind.

“All three have Larne Football Club in their hearts and all have played a key role in our proud history, as anyone who watched them play will testify to.

“They also continue to be regular fixtures at Inver Park, such is the affection they have for the club.

“We are delighted to formalise this role and very much look forward to them beginning to represent the club in this honorary capacity that they have been delighted to accept.

“We often talk about ‘Larne DNA’ and Eddie, as well as the two Harry’s have this in abundance.”