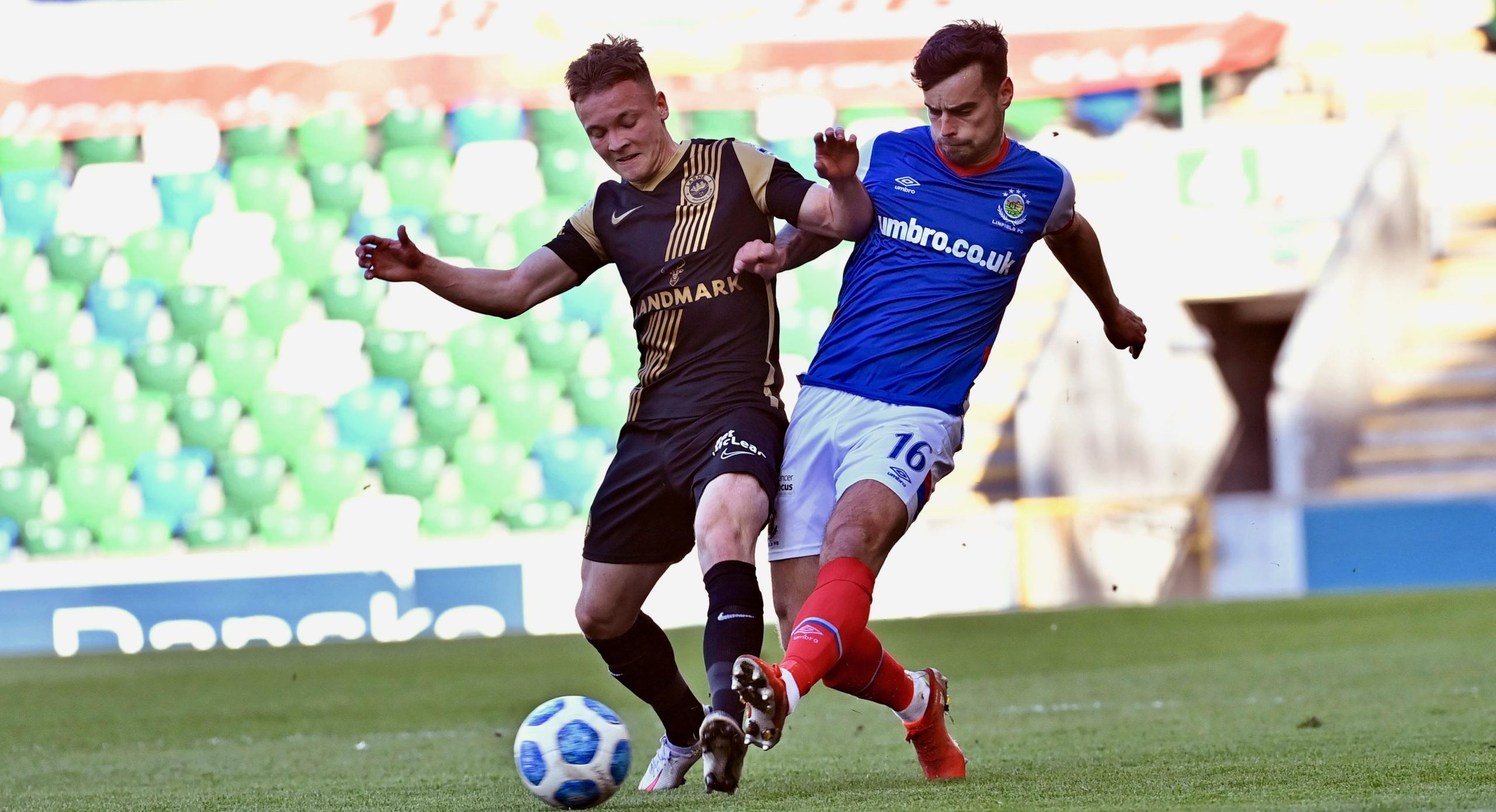 We can confirm that Andy Scott has completed his transfer to Coleraine, for an undisclosed fee.

The 22-year-old winger arrived at the club in August 2020, after his release from Accrington Stanley.

He went on to spend the last two and a half seasons at Inver Park, helping the club to back-to-back County Antrim Shields and Europa Conference League qualification.

He found the net twice this season, in the County Antrim Shield first round victory over Knockbreda at Inver and away to Annagh United in the League Cup.

Boss Tiernan Lynch wished Andy well ahead of his exit.

“Andy is a hardworking young man who always gave his best for the club,” he said.

“He has found game time hard to come by this season and with us tweaking our shape that probably hasn’t helped him either.

“He remained professional throughout and he leaves the club with our thanks and best wishes.”