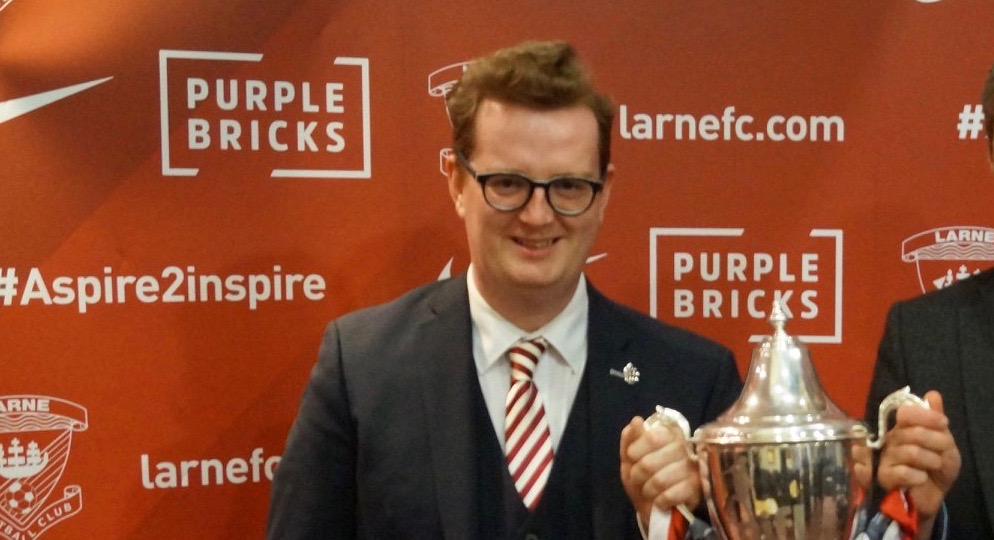 Chairman Gareth Clements has paid tribute to vice chair Andrew Scullion, who has stood down from the club’s board of directors.

Andrew was appointed to the board just over five years ago, and took up the role of vice chairman and NIFL representative for the club two years ago.

Gareth has warmly thanked him for his time, commitment and expertise in the variety of ways he has served the club in that time and beyond.

“It was with great disappointment, that we recently had to accept the resignation of my vice chairman, Andrew Scullion,” he said.

“Andrew has been a life long supporter of the club, with many of these years including voluntary and board member duties.

“Not only was Andrew Vice Chairman, he was our programme editor, he represented us on the NIFL and County Antrim FA boards and was very active within the blossoming Women’s set up.

“Manfully, Andrew stuck with it and seen us through last season, but alas the juggling act has become too much to commit wholly to both work and football and something had to give.

“Andrew leaves with our respect, thanks and best wishes with his career progression.

“One thing is for sure, Andrew will not be a stranger to Inver Park or away grounds up and down the country, the only change will be the club shirt and tie will be gone for one of his vast array of Larne shirts and scarves.”