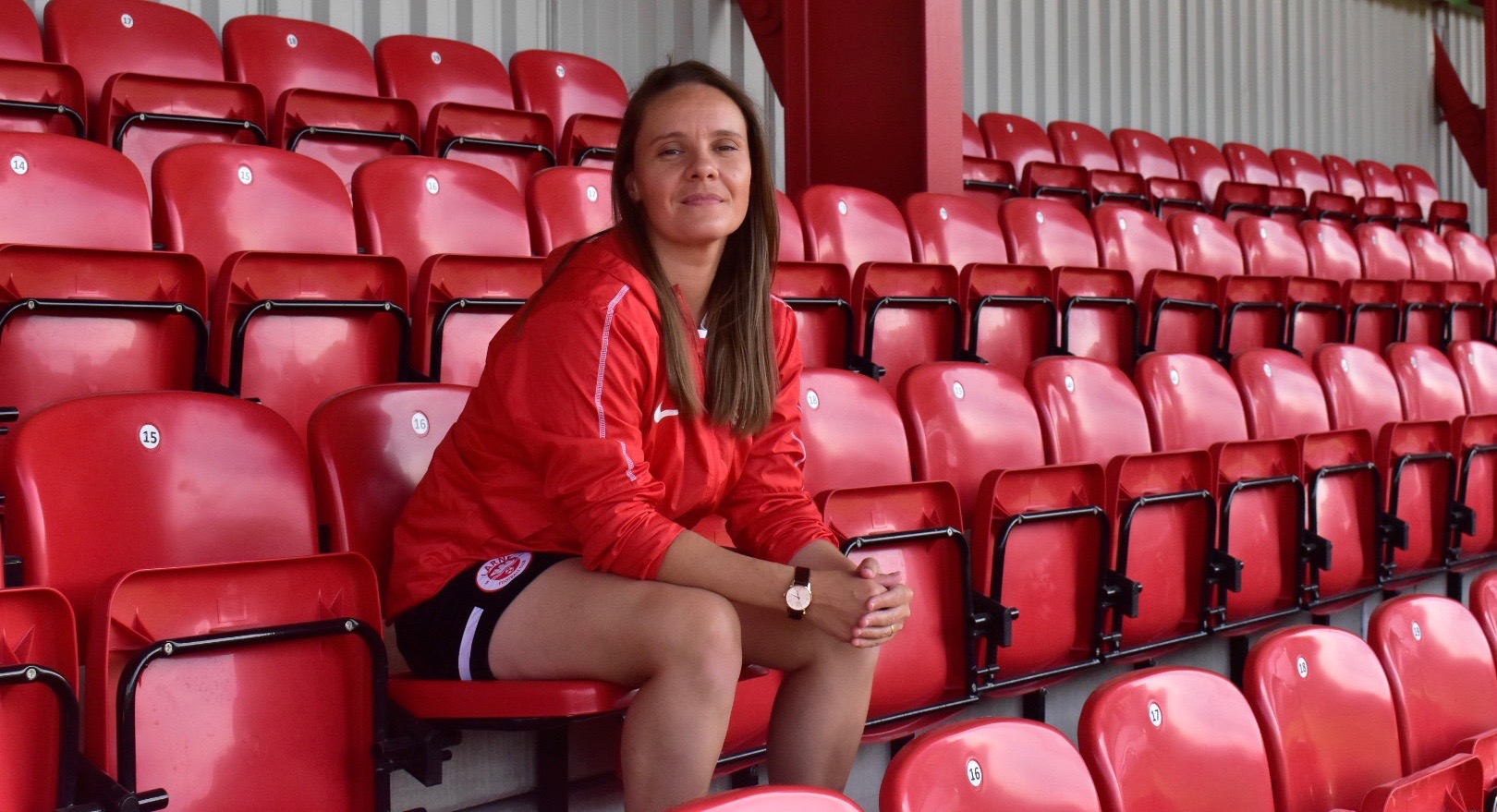 We are delighted to announce Amanda Morton as the club’s new Girls Academy Director.

Taking on the role with immediate effect, Amanda will be tasked with coordinating all teams to develop and grow our Academy structure and enhance our existing player pathway while working alongside the Women’s football committee at Inver Park.

Amanda, who played a vital role as our first team secured promotion to the NIFL Women’s Premiership for the first time in the club’s history this week, is currently completing her UEFA A License alongside a Masters degree in Sports Coaching and Performance.

Having worked within youth football in the United States for seven years, spending five as a Director of Coaching in Massachusetts, Amanda returned to Northern Ireland in 2017 and has since worked with the Irish Football Association and Ulster hockey with a focus on Youth Development.

Recognising the role as a major milestone for our club, Amanda said: “When I signed for Larne as a player in 2020, William [Noble] and Hoody [Gary Hood] had said getting our Women’s senior team to the Premiership was our first objective, and we’re delighted to have achieved that this week.

“The next step is now to use and grow our Academy to ensure we become part of the furniture within the Women’s Premiership, ensuring that we can produce a steady flow of talent capable of performing at the top level.

“Larne as a club and its women’s football committee are very forward thinking, and while we’ve only just reached the Premiership level, everything in the background has been fit for the top-flight for several years now. This will only improve further in the years to come, which gives us an incredible stepping stone for a successful future.”